Bryce Vine at The Peppermint Club 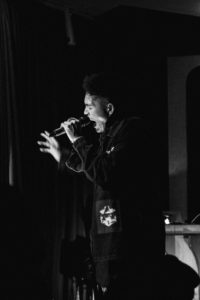 Bryce Vine performed in front of a enthusiastic audience Tuesday night at The Peppermint Club. His hit song Drew Barrymore has been climbing the viral charts since its debut in September. “Drew Barrymore has become iconic to my generation,” says Bryce, “In a way, she’s like Hollywood royalty. There’s something special about her that is hard to put in to words. The girl I’m talking about in the song has that same charm. It’s an unexplainable admiration for a special person – whoever that may be in your own life.“