The Chicago Comic Entertainment Expo (C2E2) once again descended upon Chicago this April and brought with it enough geek related events and guests to make even the most stubborn fanboy squee. Now in its fourth year the festival has finally garnered the attention it deserves as a worthy successor to its direct competition, Wizard World events.

This year’s festival brought in some of the biggest names in both comics and pop culture including Stan “The Man” Lee, the creator of icons like: The Incredible Hulk, Fantastic Four and Spider-Man. But this show was as much about the fans as its guests and that’s what makes C2E2 such a blast. The pop culture community wouldn’t be what it is today without its devoted fanbase and the management of the expo knows that and gives them their due. 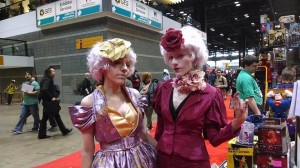 With panels like “Building Your First Videogame” and “I Have No Sewing Machine, But I Must Cosplay!” the creators of the expo know how to speak to their demographic. These expos are really as much about appreciating each other’s fandom as the fandom itself. Watching people dress up and take pictures of themselves as various characters allows them to express their passion around people with just as much of a love for it. 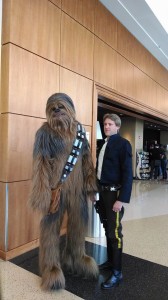 Don’t think it is just Star Trek and Star Wars either. The world of fandom is expanding more every year as franchises like Hunger Games, Harry Potter, Doctor Who, Adventure Time and My Little Pony have begun to steal the spotlight from fandoms that were once heavy hitters. You can almost gauge how popular a show or movie is by how many people cosplay it each year. Based on the costumes this year Doctor Who and My Little Pony are going to be around for a long, long time.

Looking for a break from the expo floor? Recent additions like Sci-Fi Speed Dating (honestly, it’s pretty much what you’re picturing) in the afternoons to improv shows by Thrilling Adventure Hour (including appearances by Molly C. Quinn, Kevin Murphy, Rider Strong and many more) and a stand-up comedy event with Brian Posehn.

The world of geekdom is ever changing the best way to get its pulse is at expos like C2E2. Thankfully this summer is filled with them around the country. If you’ve never been get out of your comfort zone and try one, it is an experience like none other. 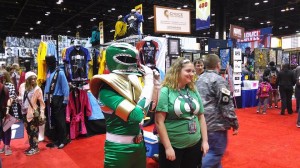 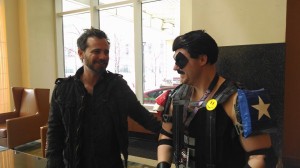