C2E2 made its way to Chicago again this year and brought with it some of the most devoted comic book and pop culture fans in the Midwest. 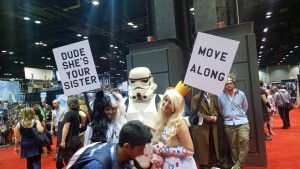 If you’re coming to the show just to talk to your favorite artists and score some personal prints you could literally spend all day walking through the aisles of Artist Alley. If panels and screenings are more your thing they run pretty much non-stop on the upper levels all three days. You could very well stay in one area the entire festival and never see the rest of the convention, it’s that big and that personalized. 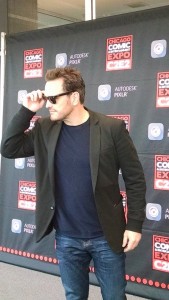 C2E2’s growing popularity has also attracted the attention of bigger names. This weekend brought out M. Night Shyamalan and Matt Dillon for an early screening of their new TV show Wayward Pines. The two were on hand for an intimate Q&A with fans to discuss the show’s many mysteries.

The event also highlighted the role of women in media this year. With panels like “The Kick-Ass Women of SHIELD” and “Fierce Females of TV” enthusiastic fans were given the chance to get to know some of the most influential women in pop culture today. This was never more evident than in the “Women of SHIELD” panel with Agent Carter’s Hayley Atwell and Agents of SHIELD’s Ming-Na Wen.

Women and girls came up to let the stars know just how much their roles have influenced their lives. As two of today’s strongest female role models both women have been instrumental in breaking the mold of women as just damsels in distress. Watching Wen and Atwell on stage it was clear that the two kick just as much ass in real life as they do on screen.

Then there’s the cosplay. Whole articles could be written about the cosplay subculture. One must 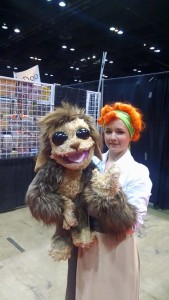 applaud the sheer devotion most attendees put into their costumes. For many they don’t just put on the costume, they become the costume. That is when the magic happens. Get 30 DC Comics cosplayers in a room and all of a sudden it is possible to have Batman’s entire rogue’s gallery pretend to fight three different versions of The Dark Knight at the same time. That’s only the tip of the iceberg. As technology and makeup get better the process of transforming into a character has become a true art.

The world of C2E2 is endlessly fascinating and remains one of the best conventions to come through Chicago each year. Though there are other comic book conventions throughout the summer C2E2 tends to be more family friendly and less of a strain on the wallet. Where Wizard World focuses more on autographs C2E2 knows it is about the experience of the show, not just meeting someone famous.