Fans of the Foo Fighters know the bands front man (Dave Grohl) used to be the drummer in Nirvana. What fans aren’t expecting nowadays is an epic Nirvana reunion in the midst of a festival.

This year’s CalJam is going to go down in history as an epic surprise for fans of rock n roll. You can unroll yourself from the fetal position if you missed your chance to catch them this year. YouTube has graced us with a fan video of the band’s “Smells Like Teen Spirit” performance. Sigh. There’s always next year.

The Foo Fighters’ second annual Cal Jam music festival at San Bernardino’s Glen Helen Region Park, the members of Nirvana reunited once again for a surprise set. This time, Deer Tick’s John McCauley and Joan Jett stood in for the late Kurt Cobain, performing three songs each. They did “Smells Like Teen Spirit,” “In Bloom,” “All Apologies,“ “Breed,” “Scentless Apprentice,” and “Serve the Servants.”While,  The Distillers’ Brody Dalle joined them on bass for “All Apologies.” You never know whose going to pop into festivals here in SoCal. The good news is we have some pretty epic photos for your viewing pleasure as well. 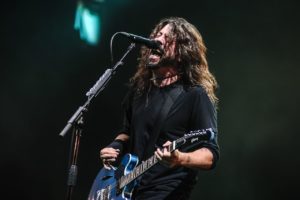 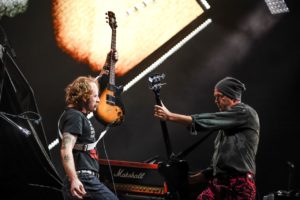