2017’s Cannes Film Festival is over and done, but it was easily a festival to remember as they managed to step up their game this year with a wider variety of representation and diverse content.

The 70th annual edition—which occurred between May 17-28—welcomed a phenomenal selection of thought-provoking films. Since this is Cannes after all, also known as one of the most prestigious film festivals in the world, we expect nothing less than the best of the best.

In order to properly assess this year’s event, it would be inappropriate to not discuss the more notable projects among the pack that made their debut at the festival.

Press Pass LA created a list of the 10 best films to premiere at this year’s festival, but this was not an easy task by any means. While some films on this truly peaked our radar more than others, our list does not rank the films that we’ve selected. 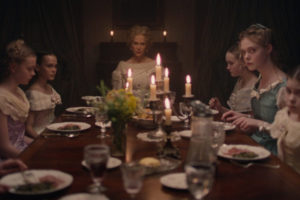 While Sofia Coppola’s “Marie Antoinette” was panned by Cannes moviegoers in 2006, that wasn’t the case for her triumphant return to the festival with “The Beguiled.” Adapted from Thomas Cullinan’s story of the same name, the flick is set at a Virginia-based boarding school with a group of sheltered women. The women find an attractive injured enemy soldier that they ultimately decide to provide shelter for. In time, the house is overtaken by sexual tension, rivalries, and an unexpected turn of events. 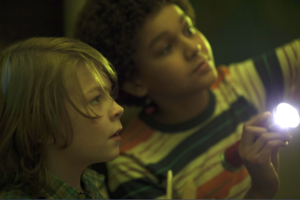 Adapted from Brian Selznick’s bestselling children’s novel of the same name, comes a heartwarming film about two deaf 12-year-olds that are living 50 years apart. It falls under the limited category of children’s films that are also perfect for adults to watch. 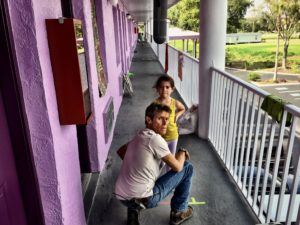 “Tangerine” filmmaker Sean Baker focuses on the joy and devastation within childhood in his latest film, “The Florida Project.” Set at in Orlando, the film revolves around a six-year-old girl and her group of friends as they enjoy an adventurous summer break. 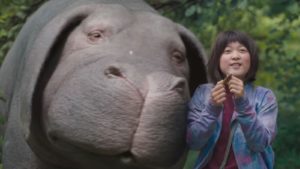 Visual effects take center stage in Bong Joon-ho’s latest venture with Netflix. The film follows the story of a young girl named Mija that does what it takes to save her best friend—Okja—from being kidnapped by a powerful corporation. Okja is a very large mammal. 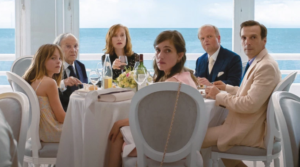 Contrary to its title, filmmaker Michael Haneke’s film does not have a happy end. The film centers around a family from Calais, France that becomes emotionless following the European refugee crisis. 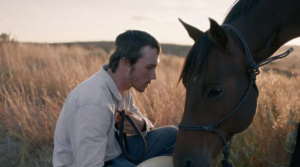 Chloé Zhao, who made her Cannes debut two years prior, is back with an emotion-packed story about a young cowboy (Brady Jandreau) that is hit with a practically fatal head injury. Consequently, he goes on a journey to discover who he is as a person and the true meaning of being a man in America.

7.“You Were Never Really Here” 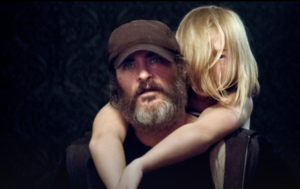 Adapted from a novel of the same, the film explores a war veteran’s (Joaquin Phoenix) desire to save a young girl from the sex trafficking business. Naturally, it wouldn’t be a movie if everything along the way didn’t go terribly wrong. The film is scored by Jonny Greenwood, lead guitarist and keyboard pianist of Radiohead.

8. “The Meyerowitz Stories” (New and Selected) 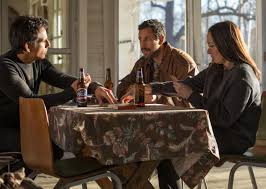 Netflix’s second film within the Cannes lineup— The Meyerowitz Stories—received a four-minute standing ovation from audience members during its premiere at the festival. The story follows an estranged family that comes together in New York to celebrate their father’s artistic work. Naturally, sibling rivalries, father issues, and the let-down that is life itself take center stage in this flick.

As Robert Pattinson stars in what critics are calling the best film of his career, he plays a New York-based criminal whose goal is to retrieve his brother from prison after a failed bank robbery scheme. Over the span of a night, Constantine Nikas (Pattinson) finds himself having trouble avoiding people that are searching for him. 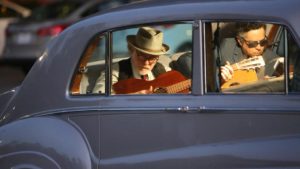 Filmmaker Eugene Jarecki uses Elvis Presley’s career and influence to his advantage in this intriguing documentary. The famed musician is used as a tool to help make sense of where the American Dream went to die and how the world in general has transformed into what we know it to be today. With research to back up his argument, Jarecki’s documentary is not something to pass up.