Cartoon Network scored big Saturday night at the fourth annual Hall of Game Awards! With over 100 million votes submitted online, it was a tough competition, but the GAME trophies were bestowed upon the bests in sports.

The event was hosted by NFL quarterback Colin Kaepernick  (San Francisco 49ers) and Cam Newton (Carolina Panthers), with performances by Jason Derulo and Fall Out Boy. 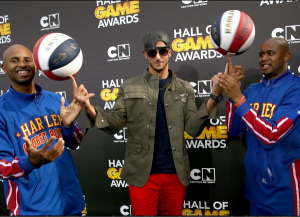 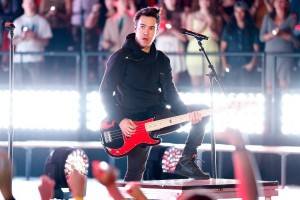 Highlights of the ceremony included:

The “2013 SI KIDS SPORTSKIDS OF THE YEAR” presented by Richard Sherman to  14-year-old Jack Wellman, who after a sports injury, took up coaching and mentoring a group of young wrestlers in Newtown, Connecticut. After the tragedy in Newtown, Jack found ways to help his town heal through sports and beyond.

Lindsey Vonn (Olympic gold medalist) graciously accepted the “QUEEN OF THE SLOPES” award and thanked the crowd for being so supportive during her absence from the XXII Olympic Winter Games in Sochi.

Hosts Cam Newton and Colin Kaepernick having a sing off of Katy Perry’s “Roar”.

Tom Kenny and John DiMaggio (voices of Ice King and Jake the Dog on Adventure Time) dished hilarious sportscaster-commentary throughout the show (all while wearing matching yellow sportscoats!)

Then three- year-old, YouTube star Titus Ashby showed off his best moves making a basket on his first try in front of the crowd! 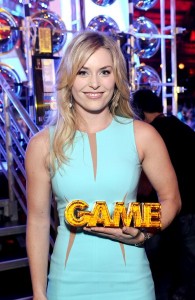