If you’re an actor in Los Angeles , you’re probably tired of the same few options for getting in front of casting directors- LA Casting, Actors Access, and Casting Networks. I bet you’ve daydreamed of the almost obsolete “general audition” opportunity.   Casting Director, Krisha Bullock, launched Scenebot to change all that!

Developed by Krisha Bullock, casting director for popular shows such as iCarly, Victorious, Henry Danger, alongside former childhood actor turned writer/director, Stuart Alexander, the apps have had more than 100K downloads. To date, Scenebot is responsible for launching more than 400 acting careers, including Eliza Pryor (Spinning Man), Dylan Cole, Zachary Hoffman, and Liv Zamora, with over 125 industry professionals on its platform eager to discover more. 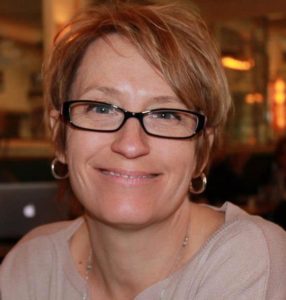 We sat down with Krisha to get all the details!

PPLA: What inspired you to create Scenebot and Scenebot Stage?

Many years ago, my husband Stuart and I went to one of the large scouting events that are held all over the country. We were s

hocked at the amount of people there, whose children weren’t really “ready” to be seen by industry pro’s. The event didn’t have any educational component and we were really dismayed to hear about the enormous amount of money those people had paid for this event.

That event sat uneasy with us both for years, and we knew at some point we would find a way to “level the playing field” and get people the opportunity to be seen by working industry professionals in a way that was fair and with little to no cost. Stuart came up with the app concept, spoke to our​ angel ​i​nvestor about it,​ and SCENEBOT was born!

PPLA: What do you attribute to the success of the platform reaching 100K downloads and 400 working actors?

Scenebot’s success has been so incredible! The reception for something like this has been overwhelmingly positive by both actors and industry pros alike. Actors love it for many reasons: ​I​f they are unrepresented, they are getting an opportunity to be seen by agents, managers and casting, and they have an opportunity to practice both their audition skills and their self tape skills. For talent that are represented, they can use the app to see where they fall in the general audition spectrum, as well as hone their audition skills and their self tape skills each month. I don’t think any actor believes that they have “enough” auditions in any given month, so here is a free audition opportunity for them!

Industry pros love the app as they can scout for talent that they are looking for from the ease of their cell phone or computer! ​This includes​agents and managers who are looking to fill their roster, or looking for new talent, and ​c​asting as their casting needs arise.

PPLA: How does your platform compete with things like Actors Access and LA Casting, which both actors and agent/managers use?

This platform doesn’t compete with those platforms at all. It’s not used in the same way as those are. Those are for casting needs to be posted and talent and agents and managers to submit for specific roles. Scenebot is used as a monthly “general” audition and for self tape skills, to get some constructive feedback, to be seen by industry pro’s as they are scouting, as well as a place to communicate and support other actors. 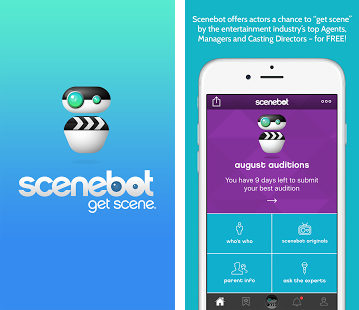 PPLA: What advice do you have for actors who have trouble getting representation due​ to lack of credits and ​not having a ton of responses through self submissions in the past?

Scenebot is the perfect platform to help those actors! It gives then a place to practice their skills with new scenes available each month, if they opt for a “pro” membership, they can get constructive feedback each month to help them grow their skills, there are videos and tutorials available to be seen on the app to help them think about ways to prepare for and perform their auditions. Scenebot also provides them with a wonderful, supportive community of other actors who are in various stages of the same boat as they are in.

PPLA: Do you post opportunities for any general meetings with casting?

​We have special promotions throughout the year that allow Scenebot users to have general meetings with talent reps and casting directors. We also hold free ​s​tudy ​h​all events for our user base to spend the day working with casting directors as well as our yearly charity FEEDBACK event, where actors get to perform live, in front of our industry pros, by bringing,​ in exchange,​ food and clothing donations to a local charity.

PPLA: Walk me through how it works: setting up profile, how many headshots can you have on your profile, can you have demo videos, and what are the costs for all?

Scenebot is a free app, so there is no cost at all ​for the functionality of the app. There is a “Pro” account that you can opt into for $19.95/year (less than $2/month!), which offers an additional 6 scenes per month, as well as professional constructive feedback after every months’ audition.

Once you download the app, you can post your headshot, or for those who are brand new and without a headshot, you can take a photo of yourself on the app. You list your credits, if you have any​, then list your special skills​,​ and away you go! You’ll receive a script to learn and self-tape.

Each month, there is a new “competition,” where ​actors receive a new script, and have the month to practice and upload their auditions. There is a list of “top selects” that gets posted to the app towards the end of the month, and the entire community votes on their favorites. The top 10 at the end of each month’s competition​ are​ emailed over to all of the industry pro’s who are on the app. This is how talent can “Get Scene​!”​

Agent​s​, managers​,​ and ​c​asting have access to EVERYONE”s auditions, and often find who they are looking for as they peruse through all the different actors and their auditions. 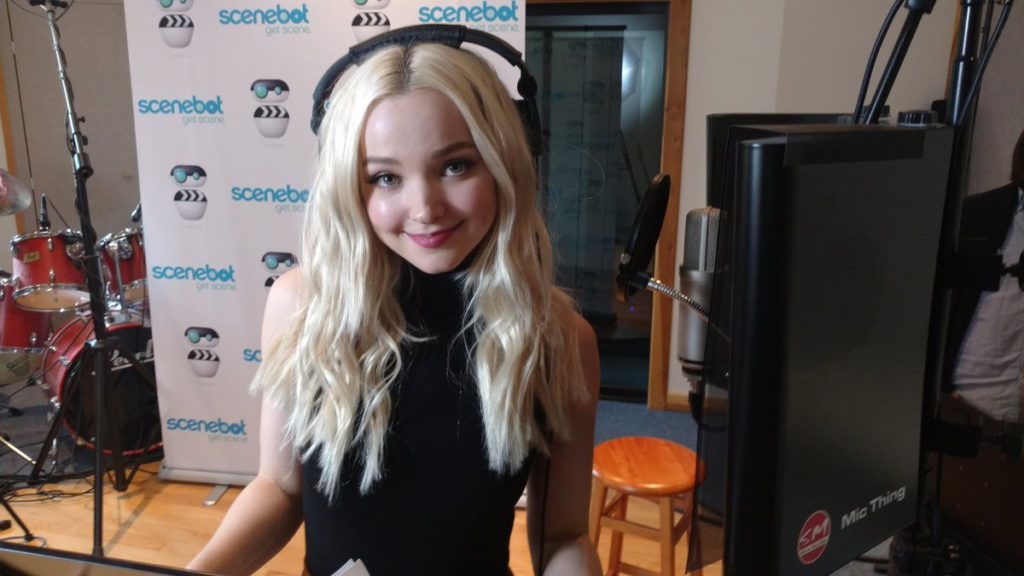 I almost forgot to mention one of the VERY BEST features! Attached to every scene that gets sent to the actors, there is an “ACT BACK TRACK” attached to it. So for the actors who do not have anyone to read the opposite lines with them (in each scene), there is an audio track available for their use, with the other lines being read! The voices will sound familiar, as there are many working actors whose voices were recorded for this feature. So actors can often times be acting with a professional actor that they’ve admired!

PPLA: Can you share some one of your biggest success stories?

Eliza Pryor from ​Dallas, ​Texas submitted an audition to Scenebot, ​and ​within a month she had secured an LA agent and manager via ​the platform and just recently starred as Minnie Driver’s daughter in the feature film “Spinning Man.” Olivia Keville of “Splitting up Together” was ​on Scenebot​​ before booking the show. In all, just over 400 of our members have started their career by using our app.

PPLA: Anything else you want our fans to know about the platform?

Scenebot is just terrific and has the most amazing and supportive community available online for actors. There isn’t anything else like it! Come on and “Get Scene!!!”

Scenebot Stage is now hosting their first showcase called THE Stage Live Showcase in Hollywood on August 2nd at the The Hudson Theatre. The live show offers an all-expenses-paid opportunity for their user base (Stagers) to perform live for industry executives including talent managers, agents, press, and fans, giving them a chance to be discovered and signed!  Before debuting their performance, Stagers will have the opportunity to be coached by industry mentors including performance coaches, Cynthia Bain and Doug Cameron AND Disney Star Dove Cameron’s famous sister and vocal coach, Claire Hosterman! The event will be hosted by YouTube Star Katherine Steele.