Catalina Film Festival kicked off Day 3 with the “Left Behind” premiere starring Nicolas Cage, who was also honored with the Festival’s Charlie Chaplin ICON Award. 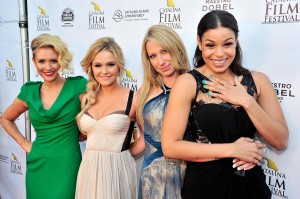 Cast member Nicolas Cage and Chad Michael Murray could not attend but Cage did pre-record a video message to the fans and attendees in regard to his award. The audience was also treated to a special presentation of Charlie Chaplin’s first ever on screen appearance as The Tramp in the Keystone comedy Kids Auto Races at Venice.