Celebrate Marilyn’s 92nd at The Rockwell Table and Stage

Marilyn Monroe would have turned 92 this June and to celebrate Rockwell Table and Stage is having a one night only preview celebration. 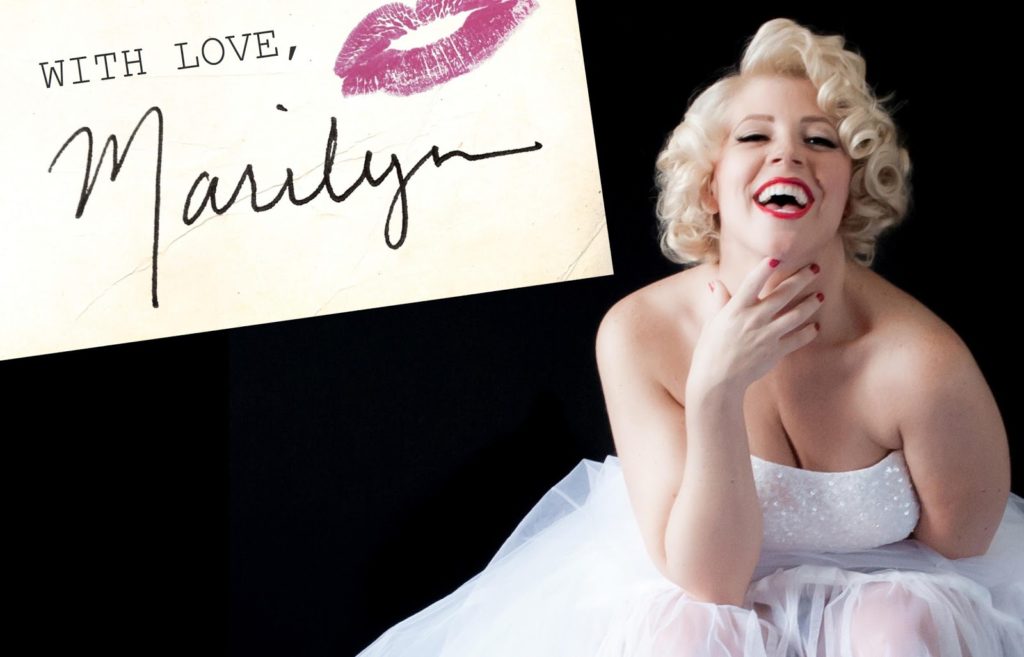 Here is our interview with actress Erin Sullivan:

PPLA: What inspired the show?

ES:  My interest and research on Marilyn began when I was selected to portray Marilyn Monroe in a new play, “Marilee & Baby Lamb: The Assassination of an American Goddess” being developed by Tony award winning playwright Mark Medoff. My fascination and passion for her life and legacy have continued beyond Mark’s production. “With Love, Marilyn” is a small extension of the skills I developed working with Mr. Medoff, while combining some of my musical theater background. It’s thrilling to have written my own piece in honor of her incredible story.

PPLA: What is the show about and how is it relevant today?

ES: ‘With Love, Marilyn‘ is a show within a show. Marilyn always enjoyed performing live, which she had only done twice. Prior to her death she was in talks of having a show in Las Vegas; possibly alongside her pal Sinatra. Our show sits as a ‘what if’ of her final dress rehearsal just before her tragic death. With Love, Marilyn is my love letter to her. Within the show it’s a love letter from Marilyn to all the great loves in her life who made her and influenced her personally and professionally. It’s interesting and strangely incredibly relevant with the #metoo movement. Marilyn Monroe was a victim of abused power. All those studio owned stars at the time were. I could only imagine the impact she would have had now in this industry as a strong, smart woman who was, even in the 1960’s, someone who challenged the studio heads to be able to be free to create work she wanted to do; to act beyond the roles that made her famous.

ES: I was never truly ‘obsessed’ with Marilyn growing up. I saw some of her films as a teenager, and it wasn’t until my early 20’s when I started playing the ‘blonde’ stereotype in about every musical ever written. I was always very confident with my body and my sexuality onstage. People then began to compare me to her, which was a huge honor. It wasn’t until Mark Medoff’s work that I became infatuated with the other side, the darker side of her life. I found many things in my life paralleled hers. I related to her on more levels than I could imagine.

PPLA: How she ‘becomes Marilyn

ES: Well, first it’s getting those eyebrows just right!! The ‘becoming’ is on many levels. My dear friend, Jennifer Bishop designed my makeup plot that taught me how to shift some of my features. It’s all about contouring! I’ve spent a great deal of time listening to her speak, on camera and off, and listening to her speech patterns and vocal inflections. With Love, Marilyn is like being shot out of a cannon. It’s 70 minutes non-stop embodiment and story telling. A lot of my ‘becoming’ is just myself as the actor focusing on playing the truth that I’ve created.

PPLA: Her dress and wig were custom-made

ES: Yes, my dress was made by Ryan Moeller, and my wig was made by Tera Willis. They are both incredibly seasoned artists in the NYC/Broadway scene. Tera had my wig designed and then cut it to the shape of my face in Marilyn‘s style. It’s absolutely stunning! Ryan and I went back and forth on what dress would be suited for this piece. I knew I didn’t want the typical Marilyn look; ‘Seven Year Itch’, or ‘Diamonds.’ I wanted a replica of a dress that you had seen her in, but couldn’t put your finger on it!

PPLA: Why create a show for her 92nd birthday, and why do you feel Marilyn is still so beloved today

ES: She really was a pioneer for women in film. She was one of the first of her kind. Combining her tricky up bringing, and all of the speculation that surrounds her death, we still truly don’t know what happened in her final hours. She led a glamorously tragic life which just naturally leads to more fascination. And then just adding on to how she was a genius on film, I foresee people will be celebrating her still at her 192nd birthday!!

PPLA: How the part came to her and what the audition process was like

ES: The magic of creating your own work is that you don’t have to audition! It’s job security at its finest! Haha! The real process was writing and developing the script.

PPLA: What is your favorite Marilyn Movie

ES: It’s a tie between ‘Some Like It Hot’ and ‘Bus Stop’. Her comedic timing is flawless in ‘Some Like It Hot.’ She really knocked it out of the park! She deserved that Golden Globe! ‘Bus Stop’ was so different for her, a darker character. Some of the moments she has in that film are just chilling!

Hope you enjoyed the Q+A! Don’t forget to snag tickets to the one night only show at Rockwell Table and Stage for: ‘With Love, Marilyn’.