Revolt TV is hosting a special premiere showing of their new documentary Chicago Love in Park City, UT this Saturday as part of the grand opening of Robin’s Jeans.

Chicago Love , created by Sean “Diddy” Combs and Revolt TV producer Keith Clinkscales, tries to get to the bottom of why violence has plagued the city for so long. Filmed over four months, the film tries to separate fact from fiction amongst the turmoil. “Violence in Chicago is sadly at an all-time high, and it is important to use all our voices to elevate the problem on a national level and help evolve the communities grappling with the consequences,” states Clinkscales.

Filmed during a time of music celebration in Chicago, REVOLT News used Lollapalooza weekend to capture and respectfully tell the story of victims of gun violence, engaging artist to show how real-life mirrors music, and vice-versa. The city once best known for the 90’s era-Chicago Bulls, the rise of Kanye West and the election of President Obama now makes international headlines for stories of crime-ridden communities and nightly homicides. Is this media hype, or a city in crisis? Is the ‘Chi-Raq’ nickname accurate? Where does the city go from here? 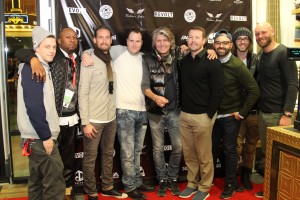 If you’re in Park City for Sundance this week, you can find out for yourself! We had the pleasure of catching up with the film’s Executive Producer, Rahman Dukes, just after the screening. “The passion that went into the vision and production of Chicago Love’ was captured at the screening at Sundance. The director Pace Bowden and myself worked incredibly hard on this project, one of the biggest in my 20 year career that I saw a dream of mine come true in Utah.” 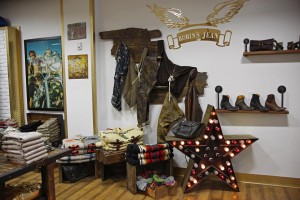 You can also join the Revolt TV, Robin’s Jeans festivities which include a gathering at the Robin’s Jeans Cafe sponsored by the Coffee Bean & Tea Leaf and Maui Sugar and hosted by Food Network star Chef Penny Davidi (Fri. & Sat. 10-2pm). 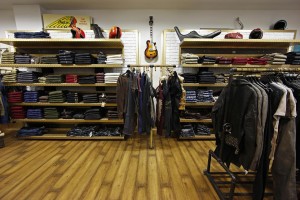 For more information, check out revolt.tv.