Christina Ricci Talks Her New Role as Zelda Fitzgerald in Amazon’s “Z: The Beginning of Everything”

Actress Christina Ricci walked the Amazon’s Prime Red Carpet for the premiere of “Z: The Beginning of Everything” following the lives of Zelda Fitzgerald and her infamous husband F. Scott Fitzgerald.

Christina spoke with Amazon’s Style Code Live about the new show, what’s in her Amazon cart, and her skin care routine! 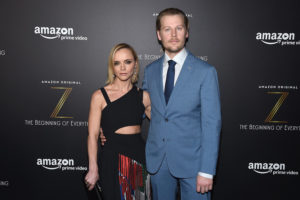 CR: Well I think, you can’t start skin care young enough. I mean at 17, I was doing the full night cream, cleansing insanity and it really has benefited me. I have used various ones; there’s some that work really well for my skin type, but I think people have to find their own. I do, oh my god, every time I get off a plane now, and I’m old and stressed out, I put one of my masks on my face. 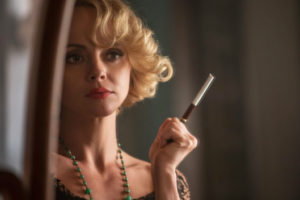 Q: Tell us about your role on Z:

CR: It was amazing! I did so much reading in order to develop the series. I had so much information about her in my mind and that really allows you to relax and trust yourself to behave in a spontaneous kind of impulsive way that lends so much to the part. So, It was an intimidating role but because I was so scared, I did so much research that I was covered!
Q: Who are you wearing tonight for the premiere?

Q: Speaking of fashion, you get to wear a ton of incredible period pieces for the show. What’s that been like? 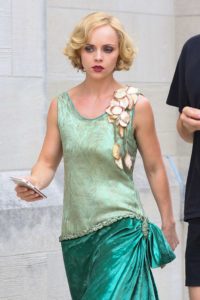 CR: It was amazing! I mean we had the most incredible costume designer, Tom Broker. He just found original pieces that he had tailored, they are just amazing, because you can’t reproduce how clothes were made back then. So, it’s really fun, really glamorous. I’m really into the way they did my make-up, especially the dark lips, like it wasn’t this overdrawn kind of thing. I have taken it on! Also the way they did the eyes, they sort of came down, which is very theatrical but really cool.

Z: The Beginning of Everything, a 10 part series on Amazon, starts tonight!