This Sunday, the Kirk Douglas Theatre welcomed the Fountain  Theatre Company production of “Citizen: An American Lyric”. Originally written as a poem by Claudia Rankine and adapted for the stage by Stephen Sachs, the powerful play is the second in Center Theatre Group’s “Block Party”, a celebration of LA’s vibrant theatre scene.Rather than follow a coherent plot, the play serves more as collection of monologues from six American citizens, both black and white, who display intricate scenarios in which the actions and words of Caucasians often offend and in some cases potentially harm people of color. In addition to random scenarios such as a white woman calling the police on a young black male for “looking suspicious”, historical events are also played out, such as the alleged racial injustice controversy surrounding Serena Williams in 2009 and later in 2012. 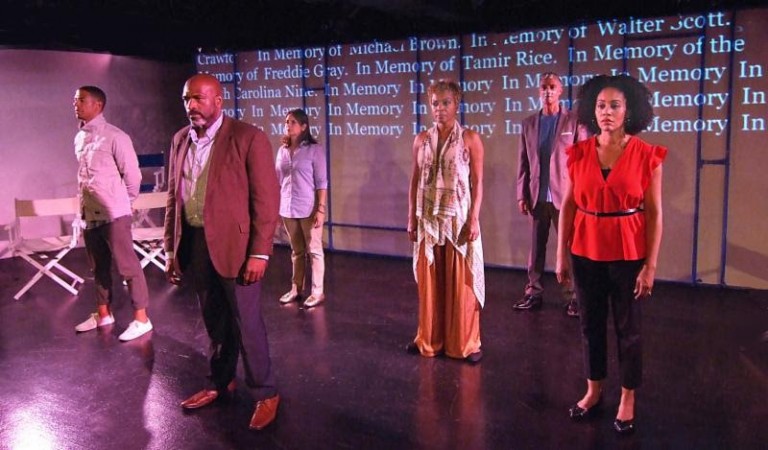 The talented cast features Bernard K. Addison, Leith Burke, Tony Maggio, Monnae Michaell, Simone Missick, and Lisa Pescia as the various citizens. Each of the actors deliver powerful performances in each scenario, but the true standout is in the plays climax, when each actor recite the names of several  Americans of color killed in racist hate crimes including Trayvon Martin and Freddie Gray among others.

Though only 70 minutes in length, this powerhouse look into the everyday “normal” lives of American citizens is a wake up call not to be missed. Tickets for “Citizen: An American Lyric” can be purchased at www.centertheatregroup.org.