It’s here again. You know….no seriously, you know what I’m talking about. Come on, You know….that wondrous time of the year where every festival freak and party hound is getting slippery thinking about all the great things that there are to attend. The calculations in their minds of what they can and can’t afford to go to, or what they can or can’t afford to miss.

You know, that time of the year where everybody and their mother is trying to recapture that one time when they went to that marvelous free love fest, in which they smoked that giant doobie with that awesome group of people that reminded them of the perfect mixture of Friends- like characters in Across The Universe, Entourage and Almost Famous, with just a hint of The Mighty Boosh. This is the recapturing and festival going time, and of course, the mother of all underground turned mainstream festivals, Coachella is here.

Now, before we start this expose, and everyone jumps on me about how you knew about this band way before their rise to Coachella, and how out of touch we all are about them and music and blah blah blah, stop. Just stop. We get it Captain Morrissey, you’re f*&cking  cooler than we are. Just keep your pants on, OK? Let the other people in the class absorb the information, too. Don’t be that guy…or girl. No one likes a know it all. This is simply ten bands that aren’t in on the mainstream that absolutely should be, or will be. OK? Great. Moving on… So, here is part one of our Coachella preview, “The List”….enjoy!

Anyone who went to high school or college on the East Coast and was remotely into any kind of punk scene, or skateboards during the early 2000’s knows about this little gem. With credits like being the opening band for New Found Glory and Bayside on tour, Title Fight gives you back just the littlest hint of hope for punk. With speed ravishing rhythms, Scream-0 political anger, and mosh-worthy licks, it’s a wonder how Title Fight hasn’t hit the radio in the face with a giant drop kick everywhere. Suggested Songs to get you into them: “Anaconda Sniper” “You’re a Liar” “Be a Toy” “Symmetry”

Fronted by songwriter Kate Crutchfield, this Brooklyn band generated it’s name from a river in Alabama. Why? Because Kate grew up in Alabama’s underground punk scene in a town near the river. Reminiscent of a Hole type of band, but with a talented front woman, Waxahatchee has a grunge inspired pop-crunch with dirty riffs and revelational laced lyrics that take you back to a time when MTV used to play actual music videos, and reality T.V. was a novelty idea they used to fill Saturday afternoon lineups. Suggested song: “Coast to Coast” “Peace and Quiet” “Cerulean Salt” “Dixie cups and Jars”

Another New York based band, this alternative wave has a melded sound with stirring echoes of The Strokes doing their best imitation of Flock of Seagulls doing their best imitation of The Smiths. Its awesome and fun and everything Euro-York, or New-Euro (What I call all the European indie-band transplants calling the five borrows home with their sound). Suggested Songs: “Luv, Hold me Down” “Buttons on Your Blouse” “Unzip You Harrington” “Ways to Phrase a Rejection”

Speaking of Europeans, Syd Arthur is a great revamp of everything special that could come out of South East England regarding Psychedelia, Progressive, Folk, and World Music. Often using whimsical notations and airy lyrics, this band needs to be payed attention to for sure. Named for Syd Barrett of Pink Floyd and the album Arthur (or the Decline and Fall of The British Empire) by The Kinks, you are sure to know what kind of performances you are to witness if you are even the littlest bit familiar with either half of the band’s name. Suggested Songs: “Morning’s Calling” “Pulse” “Edge of the Earth” “Dorothy” “Exit Domino”

With Funk pushed bass rhythms and a retro melodic guitar sound rippling the water of a tea steeped mixture of herbs from the 60s, 70s, and 80s, this Sydney, Australia original is as smooth as any five piece. With a debut album due out later this year, it is only a matter of time before this band is bumping speakers in every state on every station. Suggested Songs: “Is This How You Feel?” “Pale Rider” “Take A Card” “Manic Baby”

These California bred Indie wonders are another throw back likened to the days when music meant everything. The musicianship and poetry exerted from this band has a base from which you can hear the old days from its core. With an amazing amount of fun and mystery, bits of humor, and thought inspiring material, this is what it would feel like if The Doors and David Bowie formed an off shoot band. Suggested Songs: “Shuggie” “No Destruction” “On Blue Mountain” “Oh Yeah”

Haling from Perry, Georgia, this southern singer-songwriter, also known as Ernest Greene, is part of the new(er) music movement known as “Chillwave” that seems to be gathering strength as it dominates internet montages and hipster pot and Pabst parties, alike. Ambient in sound and tripped out in lyrics, it’s hip hop and dance influenced feel good nature, makes it playable in the background where it will move between your furniture and brush aside your curtains playfully, swaying through your home like a dream within a dream, by the hip. Suggested Songs: “Feel It All Around” “Amor Fati” “It All Feels Right” “Don’t Give Up”

Pronounced Miz Mister, this New York based duo has a vintage styling that is deliciously mysterious, and beautifully cinematic in sound. They play well off of each other on stage musically, and have smart business senses off of it. Lizzy Plapinger is a founding member of the independent specialty label, Neon Gold. While the other member, Max Hershenow, is a sought out producer in his own right. They’re like the Wonder Twins, if the Wonder twins were, Lana Del Ray and Kavinsky. Suggested Songs: “Dark Doo Wop” “Bones” “Ash Tree Lane” “This Isn’t Control” 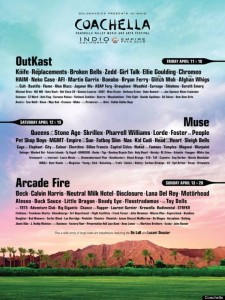 While I’m on the subject of cinematic and theatrical, check out Woodkid. Also known as Yoann Lemoine, Woodkid is a French born neofolk singer who is as well known for his artwork and video making as he is creating equally dramatic music. Credited with directing videos for Katie Perry (Don’t blame him for that, work is work, yo), Taylor Swift and Lana Del Ray, this guy has an impeccable eye for style that mixes folk, rock, jazz, and hip hop with a Renaissance flavoring and French couture. He is a minimalist with a big theatrical sound and a raw feel. His often tension filled and melancholy tunes inspire thoughts of movie soundtracks with visuals reminiscent of Gladiator. This man is like a likable version of Kanye (without the arrogance), Danny Elfman (without Oingo Boingo) and Polanski (without the Pedophilia). Suggested Songs: “Brooklyn” “Baltimore Fireflies” “Wasteland” “Ghost Lights” “Iron” “Run Boy Run”

This band, the brain child of Dev Hynes, is also known as Lightspeed Champion. With writing credits for Florence and The Machine and The Chemical Brothers, this color obsessed Brit has arrangements and songs that conjure up images of Prince rather quickly. He’s an interesting person and influence amongst the circles he runs in and writes for, so keep an eye out. If it’s happening, chances are this guy was there to set the trend, or present while who ever does, sets it. Suggested Songs: “Champagne Coast” “Bad Girls” “Chosen” “I’m Sorry I Lied” “Can We Go Inside Now”

So, there you have it. The list of ten acts to watch for. There is a caveat though…ready…and its that, no matter how dope any of these bands are, when they break into the mainstream, with every twelve year old and forty year old alike, singing their songs, real fans will be gone, along with the music that got the band noticed in the first place. You’ll be over their sound, and the world will have won again, and that my friends is the divine comedy of the music industry.