COMEDY FOR A CAUSE RAISES FUNDS FOR HOLLYWOOD WILSHIRE YMCA

Press Pass LA attended the 11th Annual Comedy for a Cause fundraiser benefitting the Hollywood Wilshire YMCA.  The event brought together acclaimed comedians who volunteer their time and talent to deliver stand-up routines at the world famous Laugh Factory to support the youth programs of the YMCA. 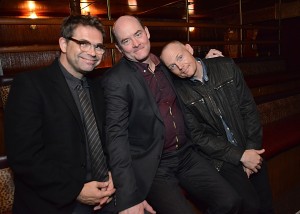 The event was attended by more than 150 people and there was not a dry eye in the house, that is, from laughing so hard we were all in tears! Koechner scored laughs when talking about his relationship with his teenage son and his passionate sex life with…yes his own wife!  Iliza made it clear why women love the Fall and hate to be cold. Men take note, “Do not let your lady get cold. Haven’t you ever noticed that the body language for cold and pissed off are exactly the same!” 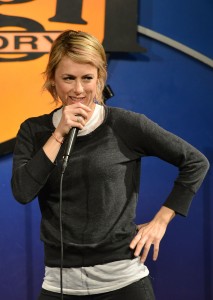 Dana Gould made us all feel like one of the family albeit a disfunctional one who’s Mom thinks your divorce is much less important that what’s going on with her. Greg Fitzsimmons let us in on his ultimate fear: soon his teenage son will be more physically powerful than him, game over. And Bill Burr let us know he’d be more than happy to host a WNBA party for all your ladies and leave or just shut up and would appreciate the same from his wife during football season.  That’s just a taste of the endless jokes these Emmy winners brought to the Laugh Factory stage.

The evening raised more than  $60,000 to support the Hollywood Wilshire YMCA’ s programs which reach more than 10,000 youths in Los Angeles. For more information visit: YMCALA.org