British death core metal is on the rise with bands like Bullet for My Valentine and Counting Days who perform with aggressive guitar riffs and roaring vocals. Counting Days is unleashing their debut album “Liberated Sounds” on October 16th via Mascot Records/Mascot Label Group. 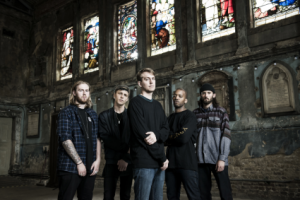 This band was formed in 2014, inspired by the classic roots of The UK music scene, punk riffs, trash and British heavy metal which is the reason we are talking about this metal core act.

The band is formed by Charlie Wilson (Guitar) and Lasselle Lewis (Drums), the initial founders of the band. Joined by former band members –frontman Thomas Debaere- who roars with power and projects that aggressive style that Counting Days are masters of- and Bobby Daniels (guitar) and Alex Dench (Bass & Vocals).

Set the volume to max as these guys can shred the guitar adding a heavy upbeat sound at the beginning of the first song “Burned By Faith”, a song which is energetic and brutal, and ravages your ears with punk riffs infused with British metal. The drums are reminiscent of bands like Judas Priest with the double bass pedal and quick rhythm adding a furious and savage vocal uproar by Charlie Wilson. This band is the new British metal core act, which will blow up in your face with furious and rhythmical aggression! 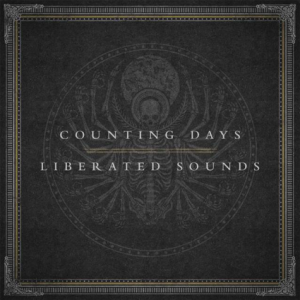 Stay tuned for their debut album Liberated Sounds, produced by Fredrik Nordstrom (At The Gates, Arch Enemy, In Flames, Opeth, Architects, Bring Me the Horizon.) You don’t want to pass up this metal core force.