Over the past two decades Americans have been falling head over heels for Japanese Anime. With hits like Ghost in the Shell hitting the big screens and the upcoming mega hit: Akira attracting Hollywood’s deep pockets, its no small thing to give anime it’s due.

Don’t let the adorable faces and emoji’s found in some anime’s deter you, this is no children’s program. Anime in Japan is a big ticket industry tied in with their serial magazines known as Manga, which cover a variety of areas like Shōjo, Josei, and Shōnen. Shōnen covers anime like the incredibly long running anime and manga: Naruto. While Shōjo covers the Queen of classics Sailor Moon, amongst others in her genre. In the early 90’s a niche market developed and Sailor Moon alongside Dragon Ball Z were the first two tv anime adaptations to be brought to mainstream kids programing here in the US. Shortly after Pokemon hit, followed closely by DigiMon: Digital Monsters, which expanded into an entire anime block on Cartoon Network’s ‘Toonami’. And as they say the rest is history. The craze hit kids and they’ve grown up to share the large catalog of Japanese Anime which covers an incredibly large range of categories, much like our prime-time tv. We hope to see some of the more serious Anime’s be taken seriously by the academy. We said it first, don’t be surprised to see an Anime up for best foreign picture in the next decade.

All entertainment aside two anime feature’s truly stood out from the rest this past year.

First up is ‘Your Name’ (‘Kimi No Na Wa’) this visual masterpiece does not leave a dry eye in the room. It cannot be ignored as it has surpassed Hiyao Miyazaki’s ‘Spirited Away’ at the box office, bringing in a whopping $3332,254,115 over ‘Spirited Away’s’ $274,925,095. Miyazaki is considered by many the Spielberg of Anime, so let your mind wrap around that fact alone. 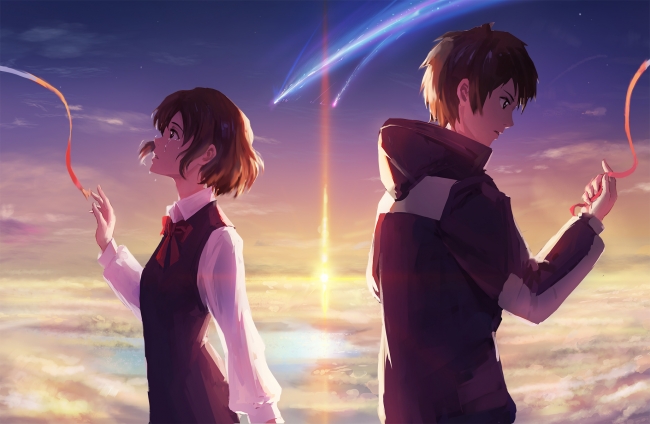 ‘Your Name’ begins as a seemingly simple story of switched identities, but quickly escalates into deep societal themes, alongside two characters falling in love with one another while living in one another’s body. One day they’re themselves and the next they aren’t. Around and around we go as we live in their world, and see them meddle to give the other person better lives on their borrowed time. Imagine, living for someone else for a day? What would you do differently? Would you love yourself more? Would you be a better friend? A better student? The movie tackles self-esteem, love, and of course coming of age. Never have we seen such a unique perspective in film. Our protagonists can never truly grasp their swap, as the days become hazy like a memory. The story takes a dark turn three-quarter’s through the movie and through tears you find yourself rooting for our solitary heroes as they’re torn from one another’s lives. What would you do for love? ‘Your Name’ is a must watch! Studios are sleeping on gold if they aren’t haggling to have this made into a live action feature. It’s a true shame Anime feature’s are still waiting for their day in mainstream theaters. Catch the trailer HERE. 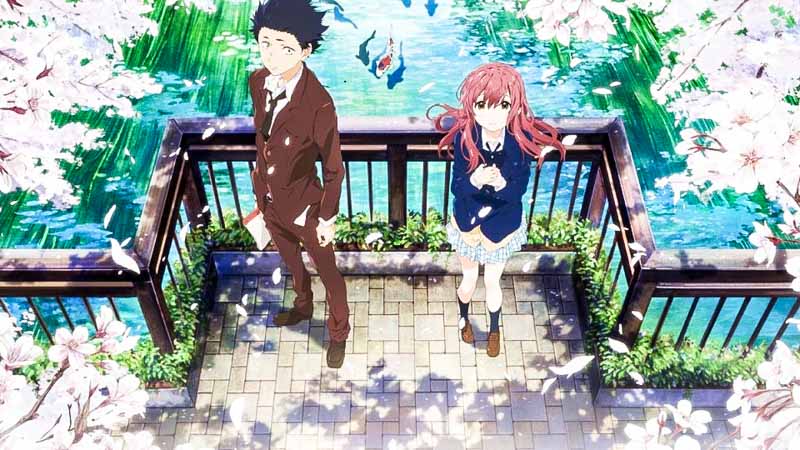 The next stand out film of the year is ‘ A Silent Voice’ ( ‘Koe no Katachi’). Take a deep breath and be sure to have tickets on hand. ‘A Silent Voice’ is another incredible work of art, in both storytelling and animation. The film follows a young deaf girl, and her classmates reactions to her differences from them. It also follows the life of her childhood bully. It intersects their lives, and how children may not be aware that they are infact; a bully. What happens when your classmates turn on you? This follows the psychological affects of childhood trauma throughout the lives of a small group of friends. Feelings of self-worth, suicide, depression, alienation, friendship, and the striking need to be loved and matter make up: ‘A Silent Voice’. This film is a gem among gems. This past 2017 saw ‘A Silent Voice’ beat ‘Your Name’ for the coveted anime of the year award!  Catch the trailer HERE