DAYS OF OUR LIVES TURNS 50

“Like sands through the hourglass, so are the days of our lives”. For almost half a century, those words have introduced and underscored NBC’s longest-running drama series, “Days of our Lives,” which celebrated its 50th anniversary at the Hollywood Palladium on Saturday, November 7th 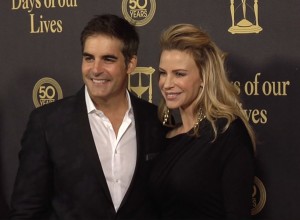 Days of Our Lives first premiered as a half-hour drama in 1965 and expanded to an hour show ten years later. The show is produced by Corday Productions Inc. in association with Sony Pictures Television.  The production team includes Ken Corday (Executive Producer), Greg Meng and Albert Alarr (Co-Executive Producers) Josh Griffith and Dena Higley (Co-Head Writers) and has aired nationally on NBC and in over 25 countries internationally for the last fifty years!

The show has garnered 43 Emmy Awards- including most recently 2013 and 2015’s Outstanding Daytime Drama- and 262 Emmy nominations, as well as multiple People’s Choice Awards, GLAAD Media Awards, and Prism Awards. So what has made the show such a long-term success?

We spoke to cast members past and present at the 50th Anniversary celebration to find out!

First up on the red carpet was actress Olivia Rose Keegan who told us, “Everyone on board is magical, and everyone is like a family. I think the set has created a legacy of its own!”

We also spoke with actor Terrell Ransom Jr. about what it’s like balancing an acting career on an iconic show at such a young age. “It’s hard balancing homework, but my Mom stays on top of me about it. I usually do my home-work on set or before I go on set. I’ve learned you have to be dedicated and you have to appreciate what you do.”

Sal Stowers spoke to us about his transition from the modeling world (Americas Next Top Model) to acting with his first break on Days of Our Lives.  “The transition was one I needed for myself. As a child, I always wanted to model and once I got the opportunity to do that I realized I wanted to have more of a voice.” As for being part of such an iconic show, “To me it means that anything is possible. The show embodies stories that pierce through generations.”

We even spoke to Executive Producer Ken Corday who let us in on the secret to the show’s success…wait for it… “There is no secret to it. It’s simple; if it’s not broken you don’t fix it. It’s about love stories and the power of love. We focus on our audience’s needs and wants, and that has never changed.” 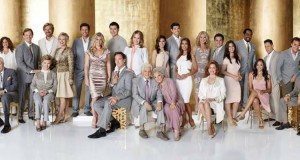 Finally Kyler Pettis gave us a taste on what to expect from his character this season, “My character on the show is going to make you feel like you want to get to know him better. He has a relatable likeness to him.” He even left us with a few words of advice for actors hoping to make the cut for Days of Our Lives next fifity years! “The advice I would give is never ever give up. You have to knock down those doors. You will receive a million NO’s and all it takes is one yes!”

We’d have to agree with these cast members that the show’s success stems from its consistent commitment to excellence in writing and storytelling – supported by a diverse ensemble of performers – and an uncanny knack for anticipating viewer interests. With its mix of classic genre traditions and groundbreaking narratives reflecting modern life, Days of our Lives remains a perennial favorite among viewers of all ages.