Ever since Marvel Comics was created in the late 1930s as a competitor to DC Comics, fans have had to choose sides on which company they consider their favorite. That battle became escalated as soon as comic book movies became popular in the early 2000s with movies like X-Men and Batman Begins.

In 2016 though both companies will be debuting multi-million dollar franchises on the exact same day essentially drawing a line in the sand by asking moviegoers to put their money where their loyalty lies. The movies in question are Captain America 3 and Batman vs. Superman. And therein is the problem, staring the companies right in the face.

On the one hand, the long-awaited Man of Steel sequel is going up against a film that is completing its trilogy so will most likely not be nearly as strong as its predecessors. But on the other, Batman vs. Superman is DC Comics’ first foray into an expanded cinematic universe and it is coming in at the tail end of Marvel’s third phase of films. That’s some serious lag time.

Anyone keeping track of Marvel’s cinematic universe knows that they have very detailed plans well into the future including nine picture contracts for most of its stars. Keep that in perspective, that’s nine pictures for individual actors not franchises which means that the company has at least 20 movies already planned well into the next decade. DC on the other hand only has one in the works and that’s Justice League (assuming Batman vs. Superman doesn’t just turn into Justice League which it seems like it is going to do).

It doesn’t take a fanboy to realize that DC has already lost this battle. It almost doesn’t matter how good Batman vs. Superman will end up, if Marvel really felt threatened it would have put it up against The Avengers 3 instead of a standalone sequel. DC Comics seriously needs to step up its game if it wants to get back in the fight. While its television shows like Arrow, The Flash and all of their cartoons seem to shine for some reason the company just can’t seem to get the hang of making quality movies on the same level as Marvel. 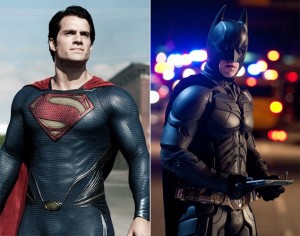 With nearly two years before the movie comes out DC has plenty of time to finally get a real game plan together and fix their current movie model. Let’s hope they get it right.