Deadpool was just the shot in the arm the superhero genre needed and it couldn’t have come at a better time.

In an era where the landscape is flooded with superheroes both in film and TV it is easy to get lost in the white noise. Done properly, and let’s be clear Deadpool was done in the best possible way, the character was always going to stand out. 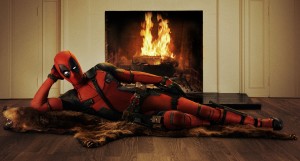 Let’s back up a bit because this ideal version of Deadpool didn’t simply come out of nowhere. Way back in 2009 Ryan Reynolds first took the mantle as Wade Wilson in X-Men Origins: Wolverine. It was a horrible film that only served to show what shouldn’t be done in a superhero movie. Fox quickly went into damage control. The problem was that while the movie itself was a disaster Reynolds was actually spot on for the role.

It wasn’t until 2014 when footage leaked of a pitch Reynolds had made to the studios for a Deadpool film done right that the tides began to change. Enter the present day and fan support has helped launched the film to record breaking numbers at the box office. Miracles do happen.

One cannot stress this enough: Deadpool is not for everyone. It is a hard R-rated movie with lots of sex and violence. Yet the writing duo of Rhett Reese and Paul Wernick along with Tim Miller find just the right tone to capture the all out chaos that surrounds the wildcard of a character and still manage to make a story that is relatable. Had any element been just the tiniest bit off there’s a real chance it wouldn’t have worked.

What Deadpool does is quite simply put a deus ex machina inside a studio run comic book universe. The fact that, just like in the comics, Deadpool is totally aware that he is in a movie and can call out the continuity problems or even play with the camera allows Fox to burst the X-Men universe wide open and with fresh eyes.

There will be no spoilers here and to a certain degree there’s no point. Deadpool knows full well what the audience wants and even goes so far as to address it in the end credits. It is a brave new world for comic book films.