This weekend Press Pass LA attended the 9th Annual Denim & Diamonds for Autism event at the Four Seasons in Westlake Village, California presented by ACT Today! (Autism Care & Treatment Today) where many celebrities came out to support the great cause. 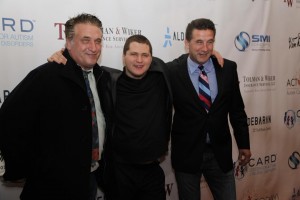 The star studded charity has raised over $1 million dollars helping children with Autism whose families cannot afford the tools and treatment necessary to help them reach their highest potential. This year’s event had more than 500 guests, and was hosted by KTLA TV entertainment reporter Sam Rubin, and had many celebrity presenters and supporters.

I got the privilege of speaking with some of ACT Today’s biggest supporters, including actor Nolan Gould from Modern Family, singer/songwriter Sophie Rose, actor Karan Brar from Disney’s Jesse, actor Brok Ciarelli from The Middle, actress Haley Pullos from General Hospital, and Isabella and Atticus Baldwin, wife and son of Daniel Baldwin. 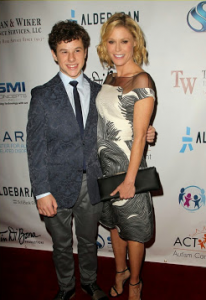 The cause was very close to all of the attendees hearts, especially Nolan Gould who was being honored for his involvement with the cause. When asked about why this cause was so close to Gould’s heart, he responded, “I became involved with Autism through my agent whose daughter was diagnosed with autism. I didn’t know much about autism before, but when I learned about all that she has struggled with, it became close to my heart.”

After discussing Gould’s involvement with the charity, we had to talk a bit about his great role on “Modern Family” and what it was like to grow up in front of America.

“It’s really strange. I have a crazy life working on a show starting at that age. It has some benefits and it has some downfalls. I have a whole other family and I get to go hang out with them its great. But some of the worst things is that you go through your awkward phases in front of everybody.”

When speaking to Sophie Rose, she revealed her history with the charity and why it is so important to her. “I have been a part of ACT Today for about 5 years now. My first live performance ever was at an ACT Today fundraiser, and I just became more involved and was just blown away by all the amazing things that ACT Today does for families with Autism.” 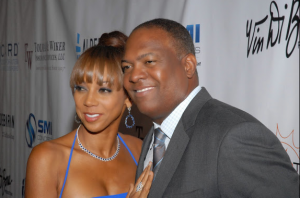 The best part of the evening, however, was being able to speak with Isabella and Atticus Baldwin, who have had to deal with Autism first hand. Isabella and Atticus glowed while holding hands walking down the red carpet, smiling and taking photos. Atticus is 18 years old and was diagnosed with Autism at a young age, and was very excited to be honored at the event.