All The Details So Far On The CW’s Epic Multiverse DC Crossover and Batwoman Introduction!

The CW’s DC Multiverse crossover is coming into closer focus.

Fans anticipate this annual event which first took place in 2014 when Arrow crossed over into Flash since then we’ve had a crossover of Legends of Tomorrow, Supergirl, and hopefully one day we will see Black Lightning. This year we are getting not just ‘Batwoman’ (Ruby Rose)  but also ‘Lois Lane’. Ms. Lane has been teased throughout the Supergirl continuum thanks to Lucy Lane’s (Jenna Dewan Tatum) existence, not to mention her “super” boyfriend and Supergirl’s cousin Superman (Tyler Hoechlin) whose now also been promised a spot in this year’s mashup. 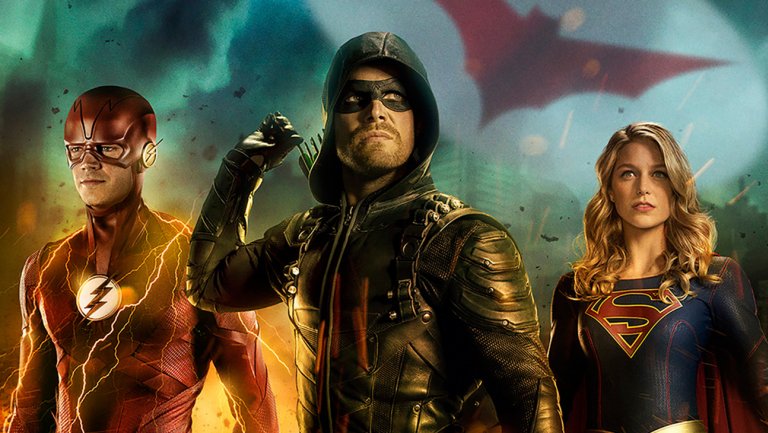 This year’s annual crossover is taking place over three consecutive nights. Airing in early December, the three-episode event begins with an episode of The Flash on Sunday, Dec. 9, at 8 p.m., continuing with Arrow on Monday, Dec. 10, at 8 p.m. and concluding with Supergirl on Tuesday, Dec. 11, at 8 p.m., (The Flash and Supergirl swapping nights for one time only). There is no explanation yet as to why the two series are swapping nights for the crossover.

One solid tradition of the crossover event is introducing a potential new Arrow-verse series like The Flash, Legends of Tomorrow and Freedom Fighters: The Ray, this year is no different. The main driving force behind this year’s event is Batwoman, aka Kate Kane’s test run, played by Ruby Rose. The CW  has teamed up with the creator of the Arrow-verse Greg Berlanti for a potential Batwoman series, but not before the iconic comic book character makes her first ever live-action debut in the crossover! The potential new series revolves around Kate Kane, who, armed with a passion for social justice and flair for speaking her mind, soars onto the streets of Gotham as Batwoman, an out lesbian and highly trained street fighter primed to snuff out the failing city’s criminal resurgence. But don’t call her a hero yet — in a city desperate for a savior, Kate must overcome her own demons before embracing the call to be Gotham’s symbol of hope. There’s no word yet on how Kate will join the Arrow-verse or which Earth she’ll be from, but seeing as how Earth-1’s Oliver Queen (Stephen Amell) has already name-dropped Bruce Wayne on Arrow, Gotham’s caped crusaders are already woven into the fabric of this shared universe. Expect to see a little bit of the Arrow-verse’s version of Gotham city as well. Our biggest hope is to see Supergirl folded into the Earth 1 timeline. We’re ready for more cameos! After all Who doesn’t love Cisco and Felicity popping in for helpful tech tips along the way?!

As if Batwoman’s first ever live-action appearance wasn’t enough, this year’s crossover is really making noise with the return of one iconic character and the introduction of another. Tyler Hoechlin will reprise his role as Superman, with producers also now casting the role of “dogged, determined and brave reporter” Lois Lane for all three episodes. Superman was last seen in Supergirl‘s season two finale and Lois has only ever been name-dropped, finally seeing this couple together in action in the Arrow-verse is going to be a milestone. Plus, just think of the incredible opportunities this presents: a meeting of the minds between fellow journalists Lois, Kara (Melissa Benoist) and Iris (Candice Patton), a race between the Flash (Grant Gustin), Supergirl and Superman…the options are limitless!