Dick Wolf’s Chicago television universe opened its doors wide open yesterday in celebration of #OneChicagoDay. The event brought together the casts and crew from Chicago Fire, Chicago PD and Chicago Med to give press from around the country an inside look at what fans can expect next season and a behind the scenes view of how shows are made.

As the Chicago-based editor for Press Pass LA, I was thrilled to be a part of it. The entire experience was extraordinary!

For those that don’t know, outside of location shots the entire Chicago television universe is filmed at Chicago Cinespace Studios. The unassuming warehouses are filled with hardworking Chicagoans coming together to make the television shows we love come to life.

One of the side effects of being so deep in the city is that everyone involves gets a taste of real Chicago. This isn’t some cushy studio on Michigan Avenue where everything is green screened. Located at 2621 W. 15th St. the area is a pure Chicago neighborhood. Unless you knew there was a studio there, you wouldn’t even consider the notion that three of NBC’s top-rated prime time shows were born in such a place.

Each set was its own immersive universe. Guests were given the full tour of Firehouse 51 by Mouch (Christian Stolte) and Joe Cruz (Joe Minoso). While it may look small from the outside inside truly feels like a working fire house. All the rooms connect naturally and while panels can slide out and sets can be rearranged to fit the needs of a director, for the most part it feels like a genuine building. It’s only once you exit into the driveway by the fire truck that the illusion fades. But take a quick trip around the corner and suddenly you’re a guest at Molly’s, the universe’s go-to watering hole. 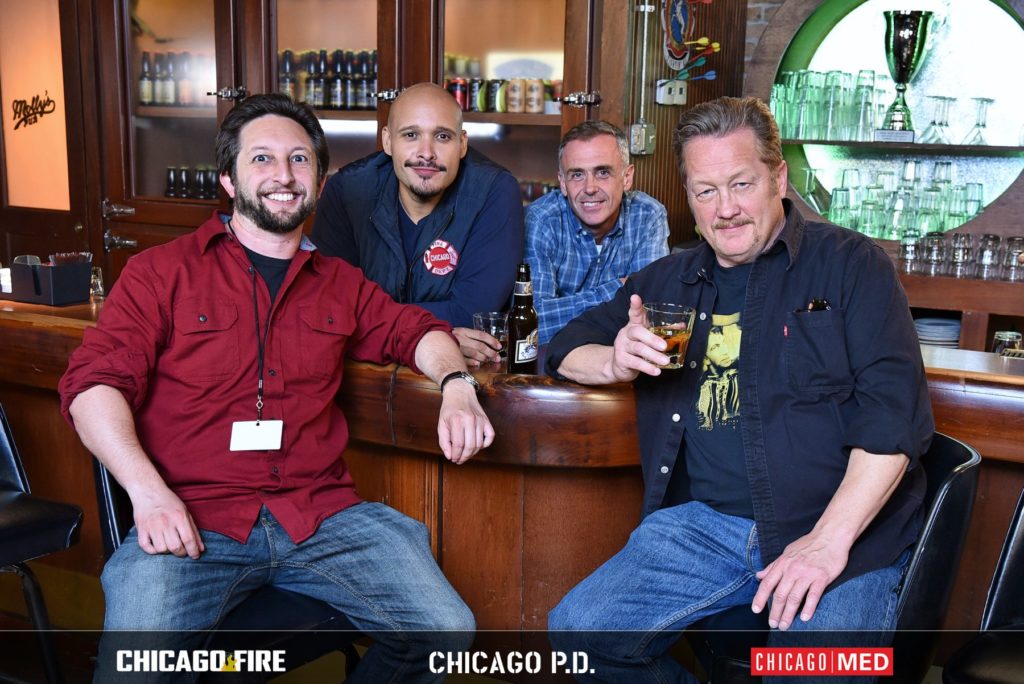 A small walk down the block brings you into the world of Chicago Med. Credit must be given to the producers of the show because it really does feel like a totally different world just down the street.  While slightly more compact the entire set is designed to be functional. All the equipment actually works and, as star Colin Donnell explains, is timed to fit the scene. All the computers and phones on set work as well, completing the experience.

Guests on the tour got to take a deep dive into the heart pounding world of Chicago Med as we suited up in surgical scrubs and went into the operating room to “operate” on a patient with Donnell. It was a nice touch and really shows the love that goes into the show and how much they care about their fans.

There was only one stop left to complete the tour and that was down to the 21st District with Burgess (Marina Squerciati) and Atwater (La Royce Hawkins). Located in the same building as the Chicago Fire set but connected via a side door, the Chicago PD studio is full of surprises. Every detail matters.

As the show’s police technical advisor, Brian Luce, explains the show wants to make sure it gets everything right. More to the point, it also pays tribute to those who have actually served on the force. Those that look closely at the walls in the station will notice a tribute to fallen officers that includes the names and pictures of those that Luce actually served with during his time as a policeman.  Even the fliers that line the station walls are real police activities that people can contribute to if they research enough. 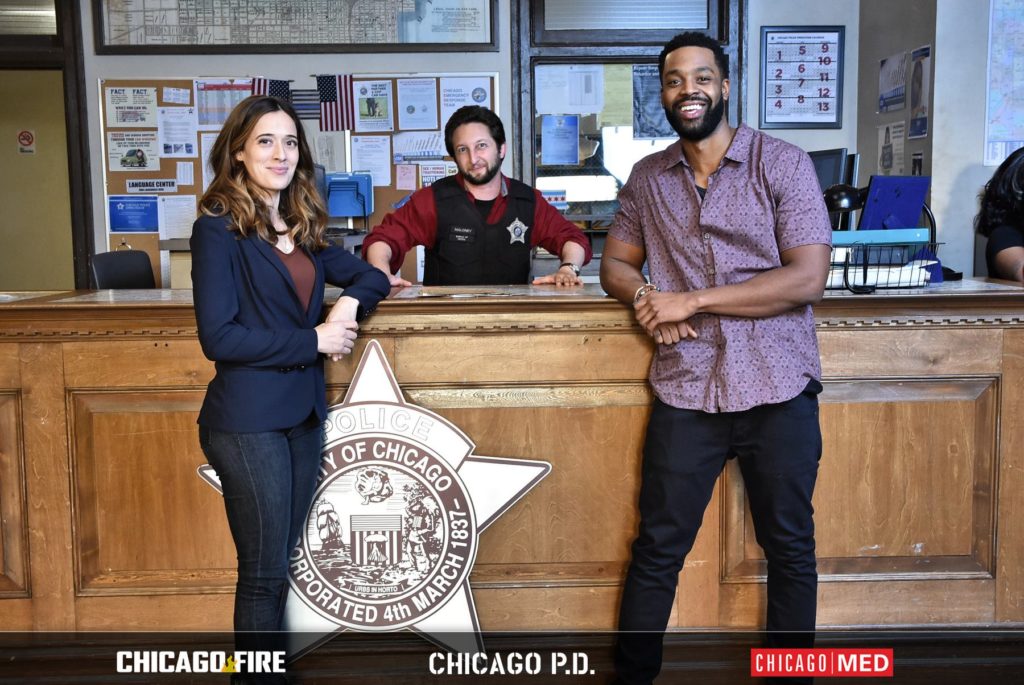 Love for what they do was a common theme throughout the day. It was clear on the faces of everyone in the cast and the crew. These shows are more than a job, for many it is a family. Throughout the day different members from each show would run into each other and greet each other like long lost friends.  In an era where so much entertainment news is guided by drama, it is uplifting to know that there isn’t any within Dick Wolf’s Chicago universe. As a Chicagoan and a fan, it makes watching the shows that more heartwarming.