DISNEY CONFIRMS BEAUTY AND THE BEAST 3D FOR MARCH 2017

Disney confirms that Beauty and the Beast 3D will be released March 17th, 2017.  The classic fairytale will be retold for the big screen with a modern live-action lens and the help of transformative CG magic! The film stars Emma Watson (Belle) and Dan Stevens (Beast).

Other cast members include Luke Evans as Gaston,  Emma Thompson as Mrs. Potts, Kevin Kline as Belle’s father Maurice, and Josh Gad as Gaston’s sidekick LeFou. Alan Menken, who won two Academy Awards for the 1991 animated classic, will return to score the film.  The score will include both  new recordings of the original songs as well as several new songs written by Menken and Sir Tim Rice. 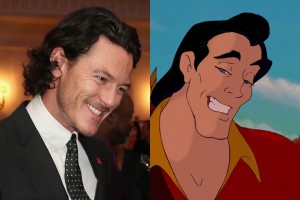 The film is set to be directed by Bill Condon (The Twilight Saga: Part I & II, Dreamgirls), with script by Stephen Chbosky. Mandeville Films’ David Hoberman and Todd Lieberman will produce. Production starts this May at Shepperton Studios in London.