It won’t be a bad day when you see Disney’s Alexander and the Terrible, Horrible, No Good, Very Bad Day! The film, which hits theaters October 10th, is a fun adventured-filled ride for the whole family! 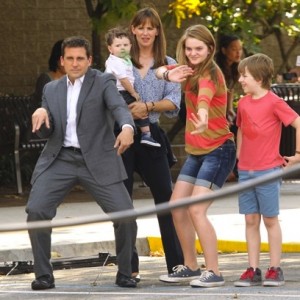 Based on the famous children’s story by Judith Viorst, Alexander follows the mishaps of 11-year-old Alexander (Ed Exenbould) as he experiences the most terrible and horrible day which consists of one calamity after another. Yet the disasters of his day are greeted with little sympathy from his always positive and upbeat family leading him to wonder if bad things only happen to him.

He quickly learns he is not alone with his misadventures as he realizes his family is also living through their own terrible, horrible, no good, very bad day. Steve Carrell and Jennifer Garner star as Alexander’s parents who try to manage the chaotic lives of their four children that include a teenager and baby. On this “horrible” day, each family member ends up with a funny problem connected to the most important task of their day which includes job interviews and promotions, driving tests, prom, and a performance in the school play just to name a few of the moments that end up in very awkward scenarios.

“I love the character of Alexander because he’s just quite relatable,” Exenbould said at a press Conference for the film held at the Four Seasons Beverly Hills. “I think other kids can relate to him slightly. And I got to do cool things.” The Australian child actor added part of the draw to the role was the opportunity to work with Carrell and Garner.

“I knew it would be fun with Jen and Steve, and it was.” Carrell, a real-life father himself, said a bond with the kids was quickly formed on set and that he enjoyed working with younger actors after coming out of an all-adult cast on The Office. “They’re great. We did feel like a unit; we did feel like a family. We had a lot of fun together.”

The comedic actor said he was drawn to the project because of its hark back to the original live action family Disney movie genre. “One of the reason’s I was interested in doing this was because these kind of live action family movies aren’t done as often as they used to and I was excited because it’s a new take on that genre of movies. It’s a director that’s not necessarily known for mainstream movies; who is kind of giving a different spin to it. I hope it is a trend that continues, because I know my kids can’t wait to see it. And all my son’s friends said they are really excited to see to it, so that was exciting to see.”

Dylan Minnette (Scandal), who plays Alexander’s teen brother, said shooting the film ignited memories of what he watched during his childhood. “For me, it feels like the kind of movie that I grew up with that I enjoyed watching. It really does feel like a classic in a sense.” Minnette’s on-screen sister, Kerris Dorsey (Ray Donovan), loved being a part of the movie because of its wide audience appeal. “You can go with your siblings, your friends, your parents; there is something in it for everyone I think.” 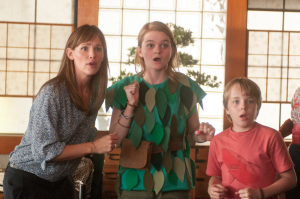 Real life mom of three, Jennifer Garner, echoed Dorsey’s sentiments and said she is thrilled to be involved in a movie with family as its core theme. “I do feel so excited that we are bringing a real, family movie out and that we get to be part of a real family movie that’s going out into the world. And I do feel like with Bella [Thorne] and Dylan and Kara that this is a movie that teenagers should like. I know that when I got to see it, I brought my five-year old along and she loved it, too. (Her favorite was Steven the Kangaroo.) I do feel like this is a film that families can see together,” said Garner, who won a Golden Globe award for her role of a CIA Officer on the former ABC series Alias.

The actress says she loves the message Alexander sends out on the importance of families standing together through thick and thin. “I hope that by the end of it, it should make you feel more like a family and remind you that whatever happens you’re all going through it together.” Disney’s Alexander and the Terrible, Horrible, No Good, Very Bad Day his theaters nationwide October 10.