Doctor Who is once again entering a new era and for that they should be commended. The revived series has had three Doctors in eight years and while it has been endless fun to watch series showrunner Stephen Moffat’s style has become a bit formulaic. All that is about to change.

While Moffat is still steering the ship, he had the good sense to retire former Doctor Matt Smith at the peak of his popularity. The innocence he brought to the role allowed many more people to identify with him opening up the fanbase on levels it had never seen before.

That made this weekend’s episode “Deep Breath”, the first full episode with new Doctor Peter Capaldi, a bit of a gamble. There is an unwritten Who rule that each Doctor should be the polar opposite of the last one. And in that respect Capaldi is very much the right choice. His eyes are piercing and he comes off as intense without even trying. 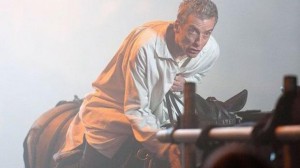 The fun part about new Doctor episodes is that the audience is discovering the new leading man’s persona at the same time as he is, everything is brand new from the face to the personality. It is because of this that these episodes are always the hardest to pull off.

While it did have its faults “Deep Breath” managed to feel both at once fresh and classic. The trick to truly understanding Doctor Who is that the character has been around a long, long time. The show itself has been running almost non-stop (except for a brief 15 year hiatus) for the last 50 years. Over that time the persona of the Doctor has changed 12 times and each actor brings something different to the role.Where Matt Smith or David Tennant may have seemed eccentric but jovial Capaldi makes no qualms about the fact that he’s an alien and he really doesn’t seem to care if you like him or not. This isn’t unusual, both Colin and Tom Baker to the same approach and created interesting and unique Doctor’s in their own right.

Indeed, the problem with “Deep Breath” isn’t with the Doctor, it is with pretty much everyone else. For some reason Moffat loves the trio of Madam Vastra, Strax and Jenny and lets them take up far more screen time then they should be allowed. The fish out of water element is interesting when it happens to once character but doesn’t gel when the entire cast is out of their natural element. One scene with Strax and Clara goes on for far too long and becomes grating.

Thankfully the show isn’t about them. It is, as it should be, about the Doctor and his companion. His current traveling partner is Clara Oswin Oswald, The Impossible Girl. Moffat give her an interesting story arc to introduce her in the second half of the last season but many had wondered where she could go from there. The answer, it seems, is wherever she wants to go. Jenna Coleman brought more heart and passion to “Deep Breath” than she did all of last season.

Almost every previous companion of the new Doctor Who series has had a friendly, almost flirtatious relationship with the Doctor. But watching him change into the much older, much more serious Capaldi was jarring for Clara and she spent most of the episode cross at him for choosing such a persona. That allowed her character the room to really open up and prove what she can do. Watching Clara give attitude to not just the Doctor but the Big Bad as well should earn her major points as a traveling partner and make her far more memorable than as just The Impossible Girl.

As an avid watcher of Doctor Who there was something distinctly classical about the episode. Everyone on the show’s staff has been a fan of the show since they were young and they’ve always done a great job of paying homage while blazing a new path yet this episode in particular felt like one from the late 70s or early 80s. Part of that may have been due to the strange pacing of the episode with longer breaks between the action. Moffat is proving that he can work well outside of his formulaic comfort zone and isn’t afraid to pull from the show’s vast history. One episode in and season 8 is already proving to be fascinating.