DON’T FEAR THE EARS! MICKEY’S NOT SO SCARY HALLOWEEN PARTY

Even before you enter the Magic Kingdom, the sounds, sights and smells are permeating around you. For Mickey’s Not-So-Scary Halloween Party, Disney has outdone themselves as always for this holiday extravaganza! 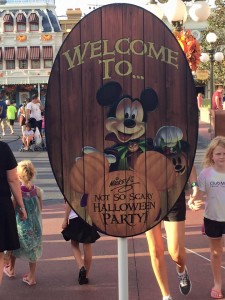 Press Pass LA was lucky enough to enter the Magic Kingdom for a sneak peak at this year’s Mickey’s Not-So-Scary Halloween Party and the event was everything we’d hoped it would be!

The park is marked with many trick or treat & character meet ‘n greet locations so fans can come face to face with their favorite Disney characters, including the scariest villians!  As you walk down Main Street to Cinderella’s Castle, not only do pumpkins and Halloween treats surround you but also kids and adults in their full Halloween regalia.

As darkness is glooming through the air and the castle is glowing, lights start to shine on the stage as the Sanderson sister witches appear. As the show goes on, a variety of villains join in on the scary fun. Characters from Oogey Boogey to Maleficent and Captain Hook to Jafar, just to name a few, join the sisters onstage to complete their spell of fright.

After the fireworks fill the air to end the show, this not so scary spectacular continues with a festive Disney 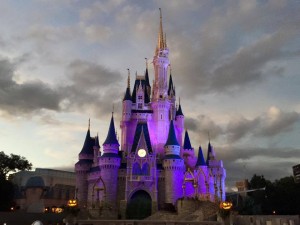