DOVE CAMERON DISHES ON HER ENGAGEMENT TO COSTAR RYAN MCCARTAN

Press Pass LA was on the red carpet to support Race to Erase MS  and had the chance to catch up with “Liv and Maddie” star Dove Cameron  to chat about her recent engagement to costar Ryan McCartan. The couple announced their engagement earlier this week on social media after three years of dating! McCartan, age 22, announced the engagement to his 20 year old costar in his 1000th Instagram post “Dedicating my 1,000th post to my fiancée 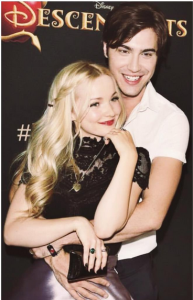 . I can’t believe I get to call you that. Thanks for saying yes.”

Watch to see what Dove had to say about the big announcement! Hint, she even gets teary-eyed.