Looking for great spot for live music, cinema, and art in one venue this summer? Then look no further! DTLA’s iconic Union Station will open its sweeping outdoor gardens on summer nights with a unique entertainment line-up featuring emerging bands at Live Nation’s Ones to Watch Summer Concert Series.

The series will also include an innovative interactive cinematic experience- Union Station 360° – and the provocative art installation, Cabinet Of Curiosities.

Ken Pratt, Metro’s Director of Union Station Property Management said, “This is an important step for Union Station in that it introduces folks to this extraordinary public space and the beauty of one of Los Angeles’ most iconic architectural properties while encouraging Angelenos to take the light rail, subways, Metrolink, Amtrak and Metro buses to the station and experience the ease and comfort of our growing mass transit system.”

The historic Downtown landmark will kick-off its summer season with Live Nation’s Ones To Watch & KROQ Locals Only Presents Summer Concerts At Union Station. The free concert series under the stars begins July 2 and runs Saturday nights through Labor Day weekend. 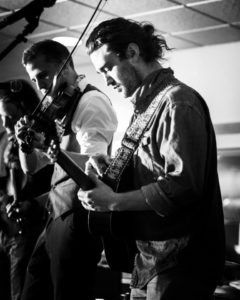 Each concert will feature two emerging artists and a popular DJ performing between 7:00 p.m. and 10:00 p.m. and will give music fans intimate access to the next generation of singers and musicians. Additionally, some of the city’s most popular food trucks will be on site along with other creative culinary concepts. YUM!

Other artists slated to perform include:
July 9th – DYAN, The Brinks
Aug 6th – Sam Fischer
August 13th – Salt Petal
August 20th – Lauv, Pretty Sister
Additional concert dates are being added daily so be sure to check unionstationla.com for the latest.