For the fourth year in a row fans of live EDM and hip-hop will congregate upon historic Pimlico Race Track outside of Baltimore, MD for a weekend of partying and experiences that will last a lifetime. On August 12th and 13th of 2017, DJs such as Afrojack, Flux Pavillion, and Pretty Lights Live will be performing alongside hip-hop artists Migos, Run The Jewels, and RL Grime, as well as many other acts.

With four stages operating from 11 AM to 11 PM, it’s impossible to miss a good show accompanied by intense visuals and lighting. Moonrise Festival is presented by Steez Promo in collaboration with Club Glow Washington D.C. and is sponsored by Heineken, Rockstar Energy Drink, Smirnoff, Festken, and Beatbox Beverages.

With Moonrise Festival being less than two weeks away, it’s time to start getting familiar with the acts that will be performing this year.  Here is a list of the top ten songs that are sure to be played August 12th and 13th. 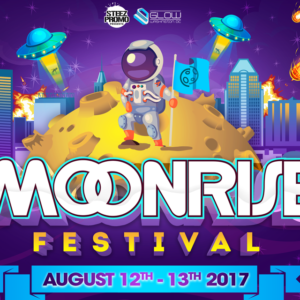