Emo Nite L.A. came to Wicker Park Fest ready to bring the nostalgia for every kid that grew up wearing skinny jeans and listening to Warped Tour compilations. The show on July 29th marks the trio’s 2nd time performing at Wicker Park Fest. This was a comeback year for them, rather than a sophomore slump like the title to one of their favorite Fall Out Boy song’s “Sophmore Slump Or Comeback Year.”

They began their set at 8 pm and through the night was still young, some of the crowd was not feeling as youthful as they were when MTV played their favorite jams on TRL. Some were fashioned in their favorite band tour shirts, but others were probably sporting items from their parents’ collections as they held them by the hand and danced because, well, they were toddlers! Everyone enjoyed their favorite anthems of the beloved rock/pop subgenre called Emo that had once taken pop culture by storm a little over a decade ago. “Sugar we’re going down swinging” sang the crowd off at the beginning of Emo Nite L.A, showing Wicker Park Fest 2018 that the once huge genre is not going down without a fight, in the form of one of the biggest traveling parties. 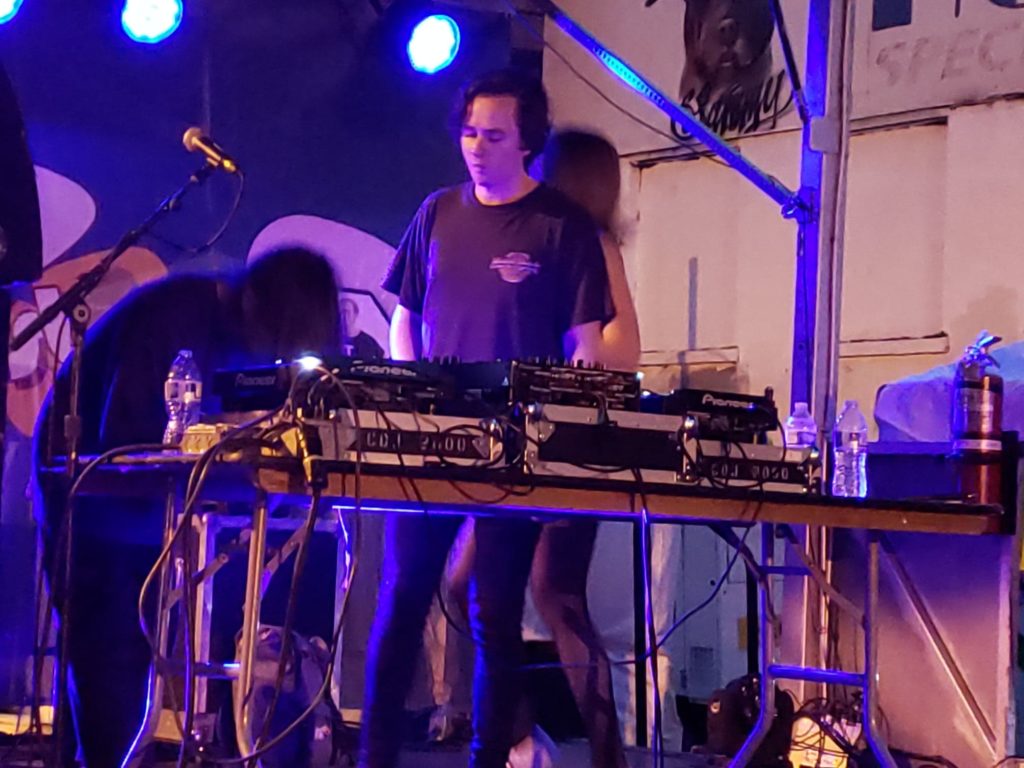 The trio (Morgan Freed, Babs Szabo, T.J. Petracca) started off with a big bang with the Wilmette, Illinois natives Fall Out Boy who have since graduated on to pop icon status. From there on out, it was not only nostalgia but sweet revenge for every “scenester” that helped boost Myspace, heavy eyeliner, and their favorite bands all at once, pushing them into mainstream culture. Emo Nite L.A. politely demonstrated their catchphrase, “we are not a band, and not DJs… we throw parties for the music we love.” From moshpits and crowd surfing to dance battles and frantic jumping, no other act brought such a diverse throng of people that bonded over their particular favorite style of music. 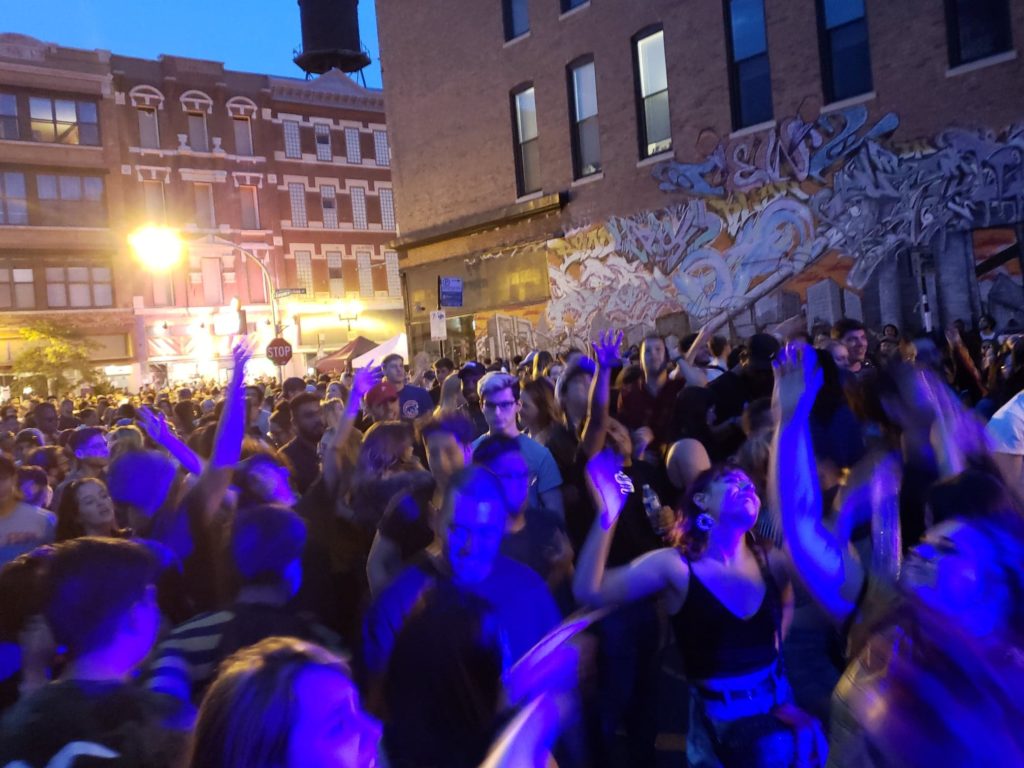 Now and then, a band comes around and puts out some songs with lyrics that are eternally unforgettable. Emo Nite L.A. played on that theme and made sure that everything they played was felt and heard not by every single person who came out to witness this touring party. As they cut off parts of certain songs, fans could be heard singing the chorus throughout Wicker Park Fest in unison. They didn’t miss a beat, note, or lyric. All active musical acts should strive for the commitment to memorializing and accompanying energy that Emo Nite L.A. brought out amongst their set. The reaction they got was so pure and heartfelt that even a non-fan would have still had a blast while partying amongst the veteran Emos.

Although the DJs didn’t necessarily write the songs they were playing, they were surely doing a favor for the original artists by keeping them fresh on their playlists. The 2008 hit “Shake It” by Metro Station, which has since become somewhat of a meme song, was one of the standout hits of the night, making it less a meme and more of a timeless dance classic.

Tracks by Taking Back Sunday and Panic! At The Disco were also amongst the crowd favorites that would make the active artists proud to be labeled Emo. The trio of friends and party organizers concluded their set with My Chemical Romance’s Helena which fittingly had Wicker Park Fest singing, “So long and goodnight.” Emo Nite L.A. has since announced a tour with rappers 3OH3 in the fall of 2018, which looks promising. As for Wicker Park Fest, the party may have ended, but the scene is still very much alive and well.