Entertainment Weekly celebrated another incredible closing night party for Comic-Con in San Diego this past Saturday night. This year’s soiree was held in the iconic Hard Rock hotel at Float in the heart of The Gaslamp District.

It is the ultimate in who’s who of Comic-Con Hollywood royalty.  Casts from hit films and shows like Game of Thrones, Once Upon a Time, X-Men: Apocalypse, Star Wars and Suicide Squad were just a few of the stars in attendance. 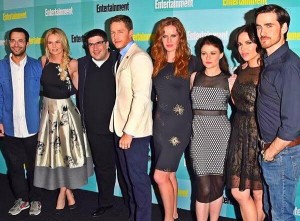 The carpet was a highly anticipated star-studded affair. PPLA caught up with several of your favorite celebs; Starting with Nolan Gould of Modern Family:

PPLA: How are you doing? Is this your first comic con?

NG: Yeah I’m good thanks, exhausted. I’ve been walking around comic con for the last four days. And I had a little pedometer on, and I’m not even kidding you I’ve clocked over 35 miles.  I’ve been going to events every night, and it’s been a lot of fun.

PPLA: Which has been your favorite display or activation here at Comic Con?

NG: Oh man, Game of Thrones. Have you seen it? They have this experience the realm event, its awesome. I went with a buddy of mine yesterday. I love that show, so it was definitely my favorite.

We also caught up with the always dashing Colin O’Donohue of Once Upon a Time.

PPLA: What are you most excited about for this upcoming season for your character Captain Hook? 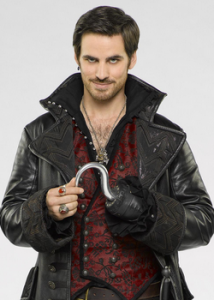 CO: I’m excited to see how he’s going to deal with the fact that she’s the dark one, after he’s tried to kill the dark one for 300 years. I think that’s probably what I’m most excited to do. And you know he, he loves her, and he just sort of wants to bring her back to the person that he loves.  I think for him that’s such a huge step, because he has been dark. He’s done such terrible things, and I think that’s what I’m most excited to do.

You can’t attend Comic Con and not catch up with one of Syfy’s original series and this year was no exception. PPLA was on hand to stop and chat with Jodelle Ferland, Anthony Lemke, and Roger R. Cross from this year’s Dark Matter.

PPLA: So Dark Matter on SyFy, what fun behind the scenes tid bit can you give me for the fans?

AL: Well,  I think the funnest scene would be the very last episode. In fact the last scene it’s a huge “who done it.” Big spoiler, and we didn’t even know what it was until the day of filming. They literally wrote in the final lines that day as we were filming. So the surprise the audience gets is the same we got. It’s a big surprise, they’ll really like.

PPLA: So have any of you guys had a chance to walk the floor this year?

JF: I did! I cosplayed today.

PPLA: Really!? That’s awesome! Who did you go as?

JF: Today I went as Coraline.

PPLA: Did you make your costume?

JF: Yeah, I’m actually really into it! I made my whole costume and it’s awesome because you make instant friends. Like Hey! You like what I like! Friends!

Disclaimer: (You have to check out Jodelle’s post of her costumes on her instagram. They are unbelievably good).

PPLA also had a chance to catch up with actor Ari Millen who plays a sometimes bad guy on BBC’s Orphan Black. If you follow the plot of the show you’ll know there’s never one single label for any character.  #Cloneclub 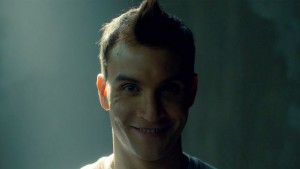 PPLA: How did it feel to finally officially dive into Clone Club?

AM: This season was certainly a big dream come true. To be able to not only be on the show that you love; with a really well written and developed character…but to also get to play several other personalities. Well it’s a dream come true. I can’t think of a better job description or a better job, ever.

PPLA: Do you think Mark will really be going head-to-head with neolution?

AM: I think everyone will definitely be going head to head with neolution next season.

Next on the carpet we grabbed the star of Maze Runner and the upcoming sequel Scorch Trials Thomas Brodie-Sangster.

PPLA: Where you a fan of the books before you started Maze Runner?

TBS: I didn’t actually know about the books until the Maze Runner. To be honest I’m not a big reader I know that’s bad, but I read a lot of scripts so that’s where I do most of my reading. But yeah, I read the books to get a feel for the world.

PPLA: What was your favorite part of filming Scorch Trials?

TBS: All of it. You know you feel worked by the end of the day, and I always think that’s a sign that you did a good days work. It’s quite a nice feeling. I mean we all felt knackered by the end of filming, but we had a blast everyday.

Inside lucky attendee’s were treated to an incredible DJ set by Michelle Pesce. Fun activations were sponsored by: HBO, Honda, Bud Light Lime, and Bud Light Rita’s. With this much star power, and fun under one roof; Entertainment Weekly’s annual comic con bash will maintain it’s hottest ticket in town crown for years to come.