The Eva Longoria Foundation hosted their annual Dinner with Eva at the Beso Hollywood to celebrate the foundation’s accomplishments in the Latin community.

The Eva Longoria Foundation’s mission is to help young Latinas build a better future for themselves and their families through education and entrepreneurship. Fellow “Telenovela” co-stars and celebrity friends were in attendance to support Eva and one of her many organizations.

Eva Longoria is an actress, director, producer and activist who has used her platform to educate society through documentaries, organizations and by being a national spokesperson. The Hollywood reporter has named her “Philanthropist of the Year” and she was also honored with a Lifetime Achievement Award at Variety’s annual Power of Women Luncheon. 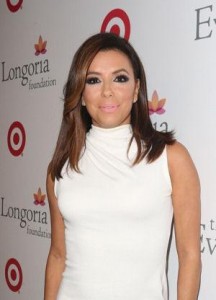 “She does so many charities but there all special to her it’s not like she’s gliding through the surface, she is involved in every single one and gives her ideas, money and time, she’s wonderful.” said Telenovela co-star Alex Meneses.

“I hope to be a portion of the philanthropist that she is.” said Telenovela co-star Jadyn Douglas.

The Eva Longoria Foundation aims to help Latinas excel in school and college, according to the foundation’s website 80 percent of Latina’s aspire to go to college however only 15 percent of adult Latinas hold college degrees. ELF aims to help these numbers change by providing parent engagement, mentorship and extracurricular activities. Since 2012, ELF has achieved many of their goals and continues striving for these young women to achieve academic success they may have not deemed possible.

-Has brought its parent engagement program to 18 predominantly Latino schools in LA, reaching more than 2,100 low-income parents and 4,100 kids to date

-ELF has distributed healthy food to 3,600 children in Corpus Christi and San Antonio

-ELF has brought the mentorship program to a LA high school during the 2015-2016 school year, the program includes summer internships and corporate fieldtrips to support 40 girls from underserved communities

-Has distributed over $1 million in micro loans to more than 145 Latina businesswomen in Texas and California, creating or retaining more than 370 jobs.

To learn more about the Eva Longoria Foundation you can visit www.evalongoriafoundation.org , ELF also accepts donations to help fund the program.