Press Pass LA had the chance to chat to the cast and creators of “Ray Donovan” starring Liev Schreiber now in its 4th season on Showtime at a special event held at the Paley Center for Media in Beverly Hills. 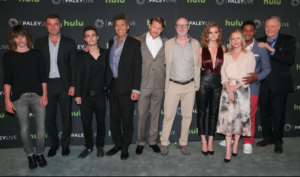 Check out what the cast had to say about what to expect before the Season 4 finale!