In Hollywood, everyone wants to be in the know of the latest projects, hottest trends, and ‘it’ people to meet, but it’s not always easy to have the knowledge and access to the right mix of people. Enter MixKnowledgy, a industry event, presented by Erman Baradi and Brandon Waites in Los Angeles September 10th. 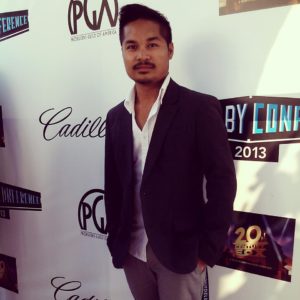 If you’re thinking this duo sounds familiar, that’s because they were involved in another popular networking series in Los Angeles over the last year, the Rel/event Series Part I & II, before joining forces to start MixKnowledgy.

PPLA: Why did you decide to launch  new event series MixKnowledgy? We love the name, how did you come up with it and what’s the purpose?

Erman: I met Brandon when he flew out from Tuscon to volunteer at my previous industry panel event in LA this past April. It kind of fit. I’ve been doing events on both coasts since the spring of last year, and I consider myself a nomadic person. I don’t mean that in the sense of not being loyal to one brand or one company, but in the sense that I like to keep things progressing. I like feeling that I’m continuously moving forward. So, after having these amazing panelists under my previous banner – we’re talking reps from Star Wars, Star Trek, The Walking Dead, Empire, Straight Outta Compton, American Horror Story, X-Men, Deadpool, Spotlight – it was time again for me to move forward. I partnered with Brandon for my new banner because we are on the same wavelength.

We can say the name of a director or a producer or a screenwriter or an actor or a talent rep or a production company, and the other partner will already have basic knowledge on that person. For example, everybody knows who a J.J. Abrams is, but if we said Tommy Harper – who is J.J.’s COO at Bad Robot – we both get excited talking about that person. That works for a partnership, to both have the same amount of industry knowledge. Plus, we have similar industry friends. It’s good that both partners have industry connections, period. 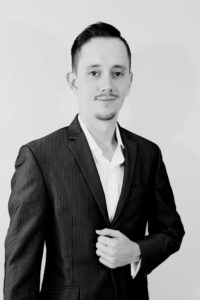 Brandon: MixKnowledgy, if you break it down, is a mixer and a forum experience. It’s a fusion of both. There’s a drinking angle to it because that obviously helps with loosening up and talking to strangers. We have events in NYC, Chicago, and LA this summer and fortunately each allows for all ages. Additionally, we have panel events in which people just sit and chat. There needs to be a networking aspect to it, otherwise why would you be there!?

Erman’s older brother actually helped out with the name. He attended the previous event in LA and when Erman decided to move on from his last event series and partner with me,  he said the words “mixer” or “mixology” stuck with him. They’re clean words, and you have immediate connotations of them. Erman and I were trying to figure out a play on words and suddenly his brother said, “MixKnowledgy” because of the forum/panel aspect. It was brilliant. You take the two main elements of our events: mixers and gaining knowledge and voila: MixKnowledgy.

PPLA: Will this replace the Rel/event Series, your previous event series, or will that be returning as well? Why the change?

Erman: To be frank, while I created the Rel/event name and concept, booked the panelists, and did the social media, cross-promotion , and media/attendee outreach, I knew it was time to move on. I gave my position to someone in L.A. I believed could keep the name going, but without me involved.

PPLA: What’s the goal of MixKnowledgy and what can the attendees expect?

Brandon: This is actually a great yet challenging question because what we want to be accomplished is in the hands of those attending. We can’t force the networking opportunity down your throats. These industry professionals are lending their night to you, you better not stand in front of them like a deer in headlights! We hope people truly get discovered at our events, even if their careers take off before ours. Of course, another goal is for us to progress in our careers as well. Erman is an aspiring screenwriter and producer and I also aspire to produce. Hopefully, we can segue producing events into producing movies. We don’t just want to be known as an event company. We are utilizing our network to expand MixKnowledgy into a production company and other plausible avenues of networking for our followers. We want to be known as the go-to place for meeting who you need to know in the industry.

Attendees can expect a red carpet, meeting new and exciting people, informative and provocative panels, and maybe time to party after? Perhaps it will turn into a full blown convention weekend someday. We want to produce under the name as well, do contests, and we’ve already started a weekly live phone conference interview series with pros. We’ve had folks from Empire and Insidious Chapter 4 already, as well as a hit singer-songwriter and a legendary comic book writer who wrote for Marvel and DC.

PPLA: Who are some of the key panelists you can plug and how did you go about selecting them?

Erman: We like to think about what’s hot or what will be hot, but it’s also important to implement our own interests – things we like and want to see. Of course, not every heavy hitter will be available for the specific date but hopefully the next event.

Brandon: The big thing is we don’t just look at the people that are in front of the camera.  We also want to hear from those behind it from the junior level creative executives to the cinematographer to the director to the studio heads.  Not only on the sets but we pursue film/media entrepreneurs, entertainment writers/critics, entertainment service executives (i.e. Final Draft), etc. We feel all their stories of how they have gotten to their current plateau of success is important and motivating for those following in their footsteps.

A few speakers include Gotham co-executive producers Steven Lilien and Bryan Wynbrandt, talent manager Jason Barrett who reps Zac Efron and LL Cool J, entertainment lawyer Jeffrey Bernstein who reps Norman Reedus, Margot Robbie, Kit Harington, and Blake Lively to name a few, and more. We also have round table meetings for registrants to meet with certain pros. If we can mention our other cities, in Chicago we have casting director Claire Simon (Empire, Chicago P.D., Chicago Fire, Sense8) , cinematographer of the upcoming Fox series The Exorcist as well as Alex Pissios, founder and CEO of Cinespace Chicago Film Studios, which shoots Empire, Chicago Fire, and Chicago PD. The studio also previously shot Chi-raq, Divergent, and Transformers. There is also an Empire cast and crew panel with star Ta’Rhonda Jones. NYC has a few Orange is the New Black actresses, a Q&A with producer Gail Barringer of the upcoming Netflix/Marvel series Luke Cage and The Punisher, producer John Skidmore (Inside Amy Schumer, Broad City, Louie) and we also have a contest for a winner to get lunch with Stuart Cornfeld, producer to Zoolander, Tropic Thunder, and Dodgeball. 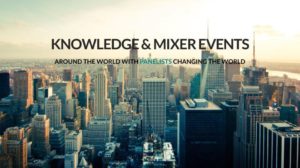 PPLA: Where to you hope MixKnowledgy is headed after this inaugural event?

Erman: There are a few folks we’ve connected with that I feel we will have stronger relationships with in the future. One of our stand out speakers, as mentioned before, was Tommy Harper, executive producer of Star Wars: The Force Awakens. He had a good time previously, and Brandon caught up with him when he was in L.A. As aspiring producers and writers it’s comforting to know someone like him is open to keeping up with our career progress. There are others who stood out, too, and who stay in touch, so we’ll see where things go with future events and outside of just events!

Purchase tickets on the Eventbrite- MixKnowledgy.