EVER SEND A TEXT YOU WISH WOULD DISAPPEAR? NOW IT CAN: INVISIBLE TEXT

Tech, like many industries, has long been a male-dominated business. But as new media expands, women have begun to lead the charge. One female entrepreneur making waves is a young African American woman named Dez White who is quietly creating a FREE invisible app-based empire starting with Invisible Text!

White is the founder of Invisible Text and the forthcoming Invisible Social, Invisible Call, and Invisible Email.

Invisible Text allows users to send private timed text, emojis, audio, video and photograph files that disappear after they’ve been read. I know what you are thinking…Snapchat 2.0? But it’s more like Snapchat on steroids! Here’s why!

Invisible Text allows users to recall a text before it’s ever been read! Don’t act like you’ve never sent that late night text (after a few cocktails) that you wish would just magically disappear before your Ex wakes up to see it! Or that text you meant to send your BFF who also has the same first name as your (insert expletive here) boss! Or the worst… the dreaded “Did I just text my mother that” moment.

It can even send GPS locations which can be used as an added safety feature for whatever trouble you may get yourself into. The best part…the app does not maintain any users’ privacy information other than their phone numbers. And if anyone is familiar with those pesky privacy leaks making headlines… we will just leave their names invisible 😉

As if that wasn’t enough to have app junkies downloading, users can see when a sender is sending a group text or not. No more wondering if that “How’s your weekend beautiful,” text only landed in your inbox!  Watch out Tinder and POF abusers!

And….yes, there’s more…should a receiver attempt to screenshot a message, the sender is alerted and the receiver’s app is frozen for 30 seconds. That’s right, no more SURPRISE your message is now across social media! 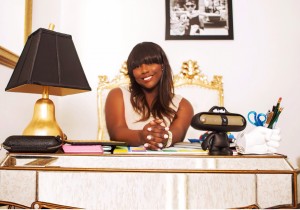 Speaking of social, Invisible Social will work similarly to Invisible Text, except it will allow users to securely message their social media friends and followers, and the messages cannot be accessed by Facebook or Twitter.

Next up, Dez will launch Invisible Call and Invisible Email (imagine the possibilities!) The apps are being tested on mobile devices now and are being considered for computer use in the near future.