EXCLUSIVE: BEHIND THE SCENES WITH L.A. INDIE BAND SAY SAY

L.A.based indie/synth/pop band Say Say first rose to the public consciousness when their last single “Like an Animal” got some killer radio air time. The boys are back with their latest track “Turn Back Time” and their new EP Prelude of a Dream Out on 6/30. 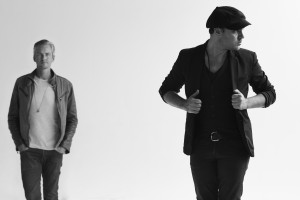 Since then, Say Say has been working hard on their EP Prelude of a Dream and we decided to find how the this band got started and what the dynamic is between songwriting duo Adam Reiter and Jesse Gurtis. Plus, what it’s really like to hear your song on the radio for the very first time!

“We’ve made sure to enjoy the journey and keep an eye on our goals as a band,” explains vocalist/guitarist Adam Reiter in a recent interview.

Watch our video interview with Say Say above and share!