Face Forward Foundation hosted its Fifth Annual Gala, “A Venetian Masquerade”  this past Saturday night. The evening was an incredible triumph in raising money and awareness towards combatting domestic violence. 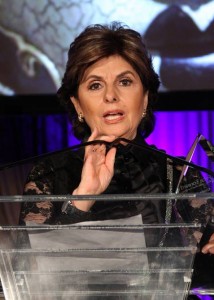 Over 400 attendees turned out to support the organization’s efforts in discussing domestic violence and pushing the topic to the forefront of conversations worldwide.

Attorney Gloria Allred received the Voice Award from Face Forward and gave a passionate acceptance speech calling out the NFL and the Nevada Athletic Commission saying, “the NFL  and Nevada Athletic Commission need to hold their athletes accountable when the athletes assault and battered women and children. If they do not, then they are sending a message that it is acceptable to inflict abuse on innocent victims.” She also praised her client, Shantel Jackson, for fighting the fight on behalf of battered women while her ex, Floyd Mayweather Jr. fought in a highly publicized boxing match in Las Vegas. Ms. Allred called Shantel “brave for taking on one of the most powerful and wealthiest athletes in America.” 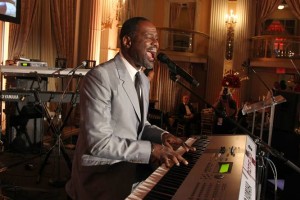 “I don’t think they should be treated any differently than any other person (in regards to athletes and physical violence),” said ‘Sugar’ Shane Mosely, a retired boxer and another honoree of the evening. “They should not put their hands on another person, nor should they think it’s ok to hit another.” 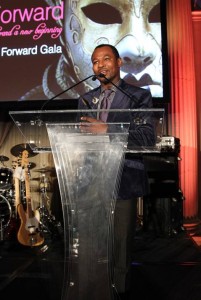 Event Sponsors included Etihad Airlines, who graciously donated two Roundtrip Business Class Flatbed Tickets from Los Angeles to Abu Dhabi and one other destination on the Etihad network. The package also included a 3-night stay at the Shangri-La Abu Dhabi, as well as a 3-night stay at the Jumeirah at Etihad Towers. Face Forward’s title sponsor, Turkish Airlines, in combination with TravelStyle, provided the gala with TURKEY IN STYLE – by Travel in Style® and Turkish Airlines. This custom-created, 7-day trip included roundtrip business class flights on Turkish Airlines between Los Angeles and Istanbul.  Luna Gardens Events was responsible for the impeccable décor and planning of this incredible evening.