There is never any shortage of parties on Oscar night. Still, every once in a while a new event hits the scene that makes the industry stop and take notice. This year that event was Fame & Philanthropy from event producer Ryan Long. 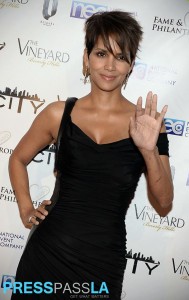 Fame and Philanthropy honored this year’s Academy Award winners by hosting a post ceremony event at the prestigious Vineyard Beverly Hills. When Press Pass LA first learned of Fame and Philanthropy’s mission- to harness the power of celebrity appeal in order to raise awareness to support the efforts of charitable organizations- we knew we wanted to be involved and quickly came on board as one of the events co-partners alongside corporate sponsor Entrepreneur Magazine.  The star-studded evening raised funds for CITY, Charlize Theron Africa Outreach Project, Jenesse Center, and the Compound Foundation. 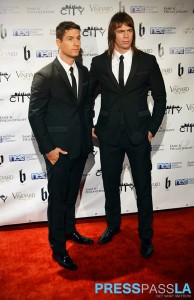 Director James Cameron, the keynote speaker, gave a lengthy address to the packed room sharing his thoughts on his career as a filmmaker and explorer, and his opinions on the Academy Awards ceremony to kick off the evening! “It was an embarrassment of riches this year as an Academy member having to vote on this. It was a tough call in some of the acting categories,” Cameron said. “But what’s great is we get to have the glitz and the red carpet and the glamour and everything here, but we’re doing it for a good cause.”

Special guests Charlize Theron, accompanied by new beau Sean Penn, and Halle Berry were in attendance. Headliner and Australia’s number one DJ, the Stafford Brothers, kept the party going all night long with a mix of their house set, for which they are known, and Top 40. Disney star Zendaya and several guests were spotted on the dance floor, and attendees celebrated alongside inflatable kangaroos! The Stafford Brothers even invited the party on stage at one point to experience the music with them.

Toward the middle of the evening,  Ne-Yo took the stage to perform a medley of his hits including “So Sick,” “Let’s Go” “Let Me Love You” and Pitbull’s “Give Me Everything.” An excited crowd was then treated to a final set from Paris Hilton who spun songs including “Clarity” (Zedd) and “I Love It”(Icona Pop). To add the the party theme, celebrities and guests alike could be spotted taking photos at Mr. Smile Box, a digital photo experience complete with Hollywood themed props including…you guessed it…an Oscar statue. You can view all several hundred of these photos currently live at MrSmileBox.com 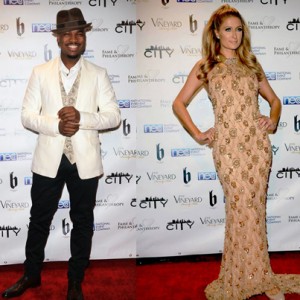