In the wake of the box office failing of director Josh Trank’s 2015 Fantastic Four, Fox Studios has canceled the May 2017 sequel.

Despite this being bad news for any cinematic Fantastic Four fans – which, with a reportedly nearly $60 million loss for Fox, there aren’t very many out there – this will likely lead to a lot of positive ramifications for both Fox Studios and the Marvel film franchise at large. 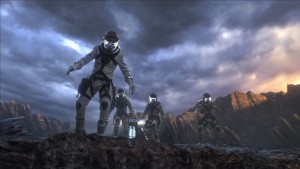 Not even a cast of A-listers could save the new Fantastic Four franchise.

First, with the new gap in summer blockbuster release dates, this will likely prompt the studio to go forward with a couple of projects such as a sequel to upcoming February 2016 Deadpool, or the highly anticipated but surprisingly not often talked about Gambit movie. Also, this presents a potential opportunity to start work on a movie that could spotlight some of the more interesting female characters in the X-men universe; such as Rogue, Emma Frost, and Phoenix herself Jean Grey.

It’s no secret that the Fantastic Four movies have not been successful, and this third variant was no exception. As such, there is always a chance that Marvel studios would want the film rights back to its oldest superhero team. After all, with the group’s heavy influence in many of the crossover events in the comic book universe, it would behoove Marvel to reclaim them. Fox wouldn’t be financially pressed without the legendary heroes’ presence, either.

Between Kingsmen 2, Alien: Covenant, and War for the Planet of the Apes, there is no shortage of films to look forward to from the studio; and that is just in 2017. However, no such talks are being reported, and Fox is still clutching to the rights. At this point, there is no reason to believe they’ll acquiesce them prior to their contracted date of 2022; other than the fleeting hopes of Fantastic Four fans.

Another possibility is that, since Fox has scrapped the sequel, they’re going to invest more time into developing one but trying to increase the quality  of it as well as the fanbase. This is what should have been in the first place rather than rushing to make a new movie and trying to go head-to-head with the money-making machine that is a Disney-financed Marvel Studios. Of course, with the success of serialized ventures such as Arrow, Daredevil, Gotham and The Flash there is always the possibility that the Fantastic Four might find its home on the small screen.

The fate of FF is still in limbo, and the canceling of a movie due to financial failure is rarely a positive piece of news. However, with the public clearly clamoring for more superheroes and the comic book fans wanting to see justice for their favorite fictitious first family, it won’t be the last we hear from Reed Richards, Sue and Johnny Storm, Ben Grimm and the aptly named Dr. Doom.