Press Pass LA was on the red carpet to speak with the cast of Fargo Season 2 to find out what to expect from FX’s hit show in its second season! 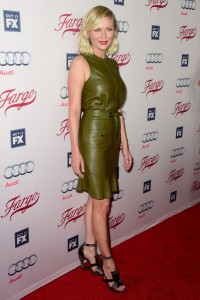 The first season of Fargo had big shoes to fill! It was an adaptation of the Coen Brother’s beloved film by the same name and everyone was pretty much outraged when FX announced it because no one thought a TV show could live up to the bar that had been set by the film.

Fargo is an anthology show so the characters you fell in love with Season 1 will be buried away in the  Minnesota snow and the show has the task of once again proving itself to its audience during its 10-episode order.  The show is traveling back in time to 1979. This is  27 years before the events of Season 1 (2006) and 8 years before the events of the film. The location will also be expanding to include South Dakota, specifically the towns of Sioux Falls, S.D., and Luverne, M.N located just across the state line from each other. Somehow we think the state line will serve as a character all itself!

The only character who is making the jump between seasons is Lou Solverson, father of Deputy Molly and owner of the local diner. In Season 1, the older version was played by Keith Carradine and it was revealed that before he owned the diner Lou was once a state cop. Patrick Wilson is taking the reigns for this role and we expect to learn more about his history and what might have happened to Molly’s absentee mother. 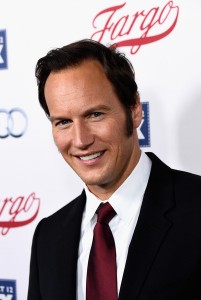 Season 1 was filled with fantastic guest stars including Key & Peele, Breaking Bad’s Bob Odenkirk, Private Practice’s Kate Walsh, and It’s Always Sunny In Philadelphia’s Glenn Howerton and we expect nothing less from Season 2 which started airing October 12th.  See what the cast had to say about the new season in our video above hosted by PPLA’s Denise Salcedo!

Be sure to tune in to FX or get caught up online at FXNetworks.com before the new episode this Monday at 10PM.