The cast of Firefly may reunite again, on a spaceship no less. 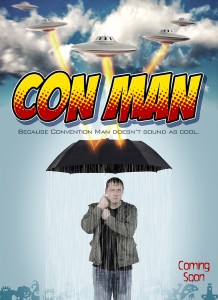 “The series is a light-hearted take on the personalities, luminaries, and characters in the sci­-fi community we are privileged to call ourselves members,” Tudyk, the show’s creator, who plays pilot Wray Nerely, said in a message posted on the site.

“I wanted to make a show that featured all of my favorite convention artists and friends together. Not only that, I wanted to celebrate the world where heroes, villains, zombie hunters, and space pirates all overlap. I especially wanted to work with my friend Nathan Fillion again.”

For fans of Firefly, a cult phenomenon unfairly canceled after only one season, it is a chance to see all their favorite actors together again.

The show is being crowdfunded on Indiegogo and according to Tudyk the more money raise the more episodes they will make. Tudyk will always be a leaf on the wind, watch how he soars.

Check out the full Indigogo campaign to find out how you can keep the series flying.