Thousands of people spanning all ages and races gathered outside in Dover, DE from June 16-19 to celebrate and enjoy the beauty of music. Many different musical genres were present, from a big brass jam band to hardcore EDM; there was a sound for every soul in the crowd.

The Woodlands at Dover Downs proved to be a fantastic space for everyone to gather for the festival. Although there wasn’t much shade other than in the Hammock Hangout area, there was plenty of space to move around without constantly running into someone or to set up a blanket and enjoy a performance. Throngs of port-a-potties as well as food and water stations were littered throughout the park well enough to where you weren’t hiking to an essential human need, and charging stations were around most stages, keeping folk’s phones charged to capture memories and find loved ones without worry. 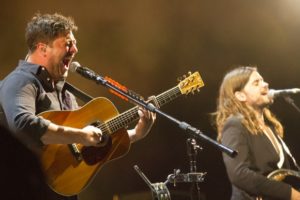 Confusion only really occurred when trying to ask a staff member or volunteer for help, as no two people would give you the same answer to a question and generally seemed disinterested in helping people find what they need or get where they need to go. All in all, this was a fairly simple and guest-friendly layout that could have been made better by a more competent and friendly staff.

Layouts are important, but at a festival it’s not the most pertinent factor; what makes or breaks a festival is the performances within the grounds. Most artists had an hour and fifteen minute set, with the headliners getting some extra time to bring the house down, and most of them filled their time with a grand show. However, certain groups would allow a DJ/hype man to warm up the crowd before performing. This typically backfired.

In the case of Fetty Wap, who drew one of the biggest crowds outside of the headliners, he didn’t come out until forty-five minutes into his set, at which point half the crowd had left and the other half was mad and restless. Fetty was certainly the exception to the rule though; 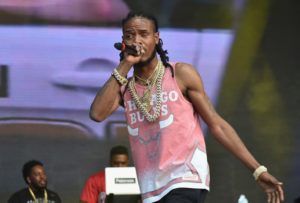 and countless other groups blew their crowds away with a combination of fantastic music, intense visuals, and great stage presence.Even some of the smaller, lesser-known bands like Hippie Sabotage, CHVRCHES, Trombone Shorty and Porter Robinson performed to massive crowds and owned the stage they were given.

Firefly is a four-day music festival in Dover, DE that can be enjoyed by all types of people who enjoy all types of music. Food and water are in abundance to keep attendees hydrated and energized throughout the long days. Whether you know them or not, any performance you happen upon is sure to please the ear, and at an affordable price, this is festival is not to be passed upon.