The weather was perfect, the parking was free, and the beer was local. What more could you want?! First City Music & Arts Festival is exactly what I wish every music festival would strive to be: affordable, comfortable, and wildly entertaining. 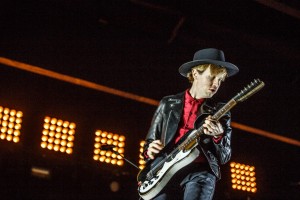 The 2-day fest, held at the historic Monterey County Fairgrounds, was a memorable mix of deep fried snickers, pole dancing contoursionists, and mind-blowing musical talent. This year’s lineup was unbelievably insane, with performances by Beck, The National, Phantogram, The Naked and Famous, Stepkids, Dale Earnhardt Jr. Jr., Best Coast, and CocoRosie just to name a few.

Seeing an artist perform live is like no other experience. Especially when their music was the soundtrack to your adolescents. None other than Beck closed the show Saturday night and boy was it quite the show! He touched on every single monumental moment is his 30 year musical career. Every single song I wanted him to play, he played. Songs that I didn’t even know I wanted him to play, he played. We’re talking “Loser,” “The New Pollution,” “Sexx Laws,” “Where It’s At, Devil’s Haircut,” etc.; everybody was movin’ and everybody was grooving’. Naturally, Beck came correct with an unexpected array of killer dance moves and his trusty harmonica. Hands down one of the the best live performances I’ve ever seen! 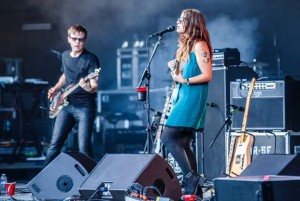 The National took to the Redwood Stage Sunday evening and it was a bittersweet end to a magical weekend. The band put on a very thought-provoking performance, singing lyrics that seem to reflect the current state of our nation (“we’re half awake in a fake empire”) while patriotic lights flashed behind them. The vibe was mellow, yet still rockin’ with no shortage of energy. Lead singer, Matt Berninger, jumped off of the stage and into the crowd. He walked entirely through, from stage left to right, singing “it’s a terrible love and I’m walking with spiders” and the audience just looked around in utter disbelief. For a moment in time, everything seemed to freeze. Nothing else mattered except what was happening in front of our very eyes at that very moment. We were all there, together, experiencing the magic as one.

It was a beautiful thing. It’s that very thing that bring everyone together. It’s that one sole purpose: the music. It’s all about the music. Throughout the festival as well as during the musical performances there was one very central theme. The message was clear: togetherness. No matter what happens we’re in this together. 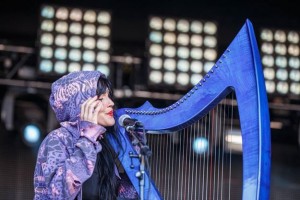 Not only was this festival packed with amazing musical talent and an eerily entertaining Vaudeville Stage with freaky circus acts and music to match; behind the historic Redwood Stage (where the likes of Jimi Hendrix, Janis Joplin, and The Who all played in 1967) lied a wonderful, wacky world full of carnival rides, games, and of course, carney food! And the best part was all of the rides were FREE!! Well, included in your general admission ticket which, for a 2-day pass came out to mere $159.50. What a deal!?

The 2nd annual boutique music and arts festival offered concertgoers the ultimate experience without the long lines and heavy crowds. The beauty of these younger fests is that the word hasn’t spread too far and attendees really get to experience the grassroots efforts of everyone involved in making this amazing event come to life. A midst the three music stages lied a quaint little area known as Unique USA Market Place. All of the market place vendors make their products in the good ol’ US of A. That’s right, no “Made in China” labels found here! Each vendor unique with their fashionable, artistic, and one-of-a-kind pieces that you won’t find anywhere else. 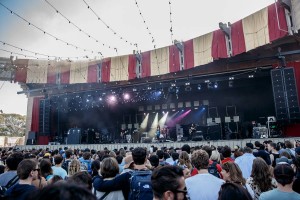 The First City Music & Arts Festival was absolutely beyond my expectations. This is what every festival should feel like: close-knit, friendly, and free. No waiting in lines for the bathroom or beer. What a gem. I would hate for everyone to find out how cool this place is… See ya next year, Monterey!