Fitz & the Tantrums, X Ambassadors, Tyler Glenn Burn it Down at the Greek Theater

On a stage filled with dazzling geometric lighting, Fitz, aka Michael Fitzpatrick, and the gang kicked the set off with “Get Right Back,”  “Spark,” and “Don’t Gotta Work It Out,” ramping up quickly to “Out of My League.”  “Break the Walls” gave singer Noelle Scaggs, looking stunning in a black sequin jumpsuit, a chance to shine with her stunning vocals. 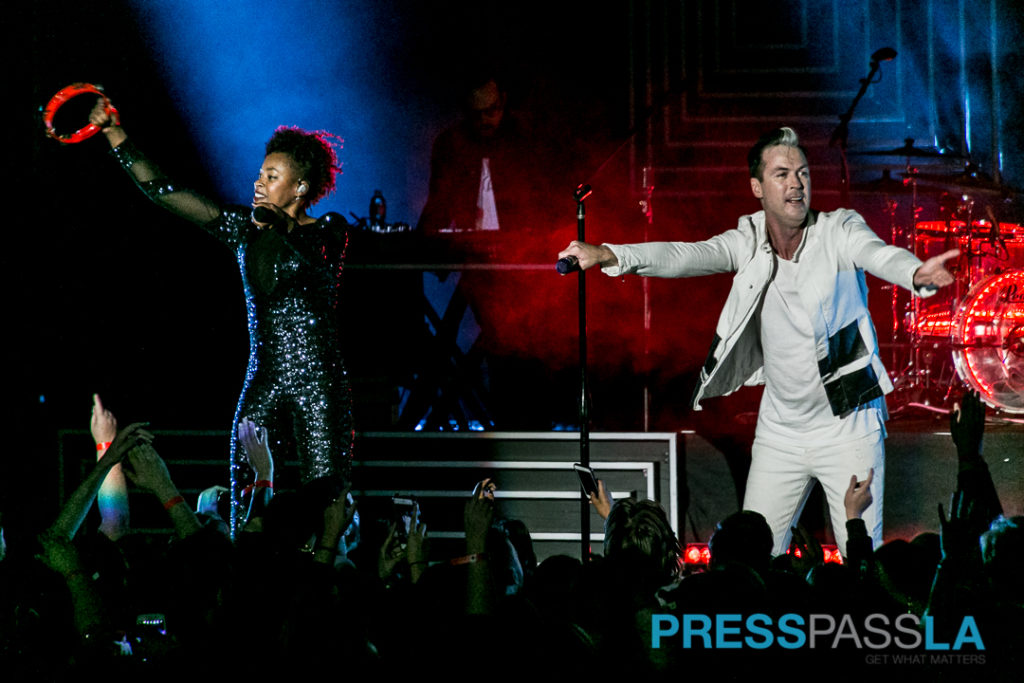 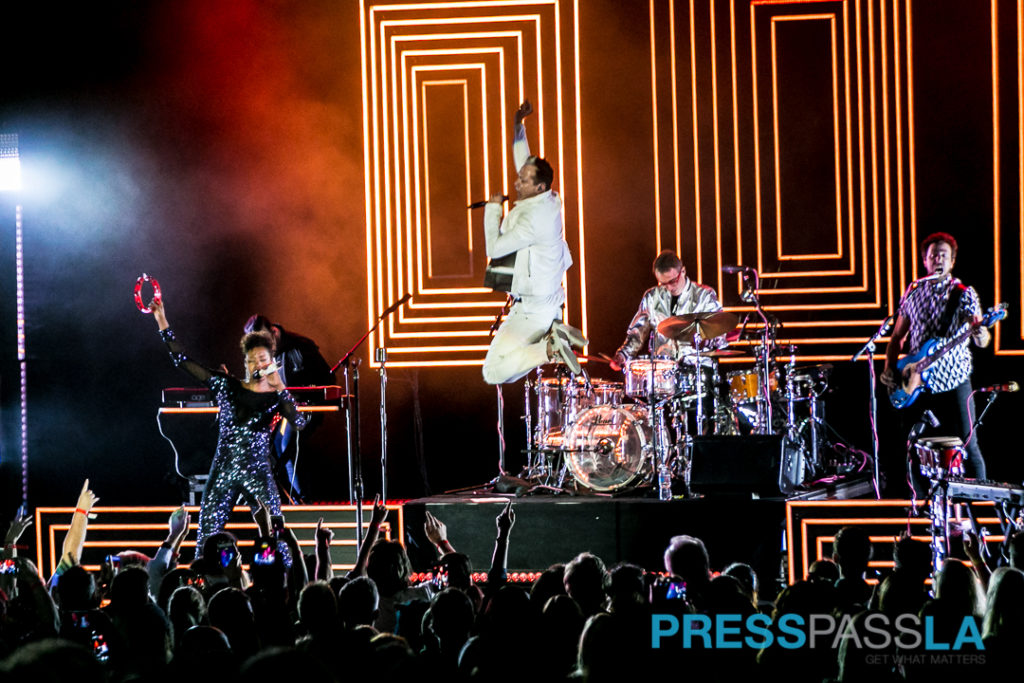 The audience went wild when the USC marching band joined the Tantrums on stage for their current hit “Handclap,” and they ended their 18 song set with another favorite, 2013’s “The Walker.” X Ambassadors played the middle slot, opening their set with “Loveless,” and playing audience favorites that included “Unsteady,” “Low Life,” and “Jungle” before ending with the inescapable hit single/Jeep jingle “Renegades.” 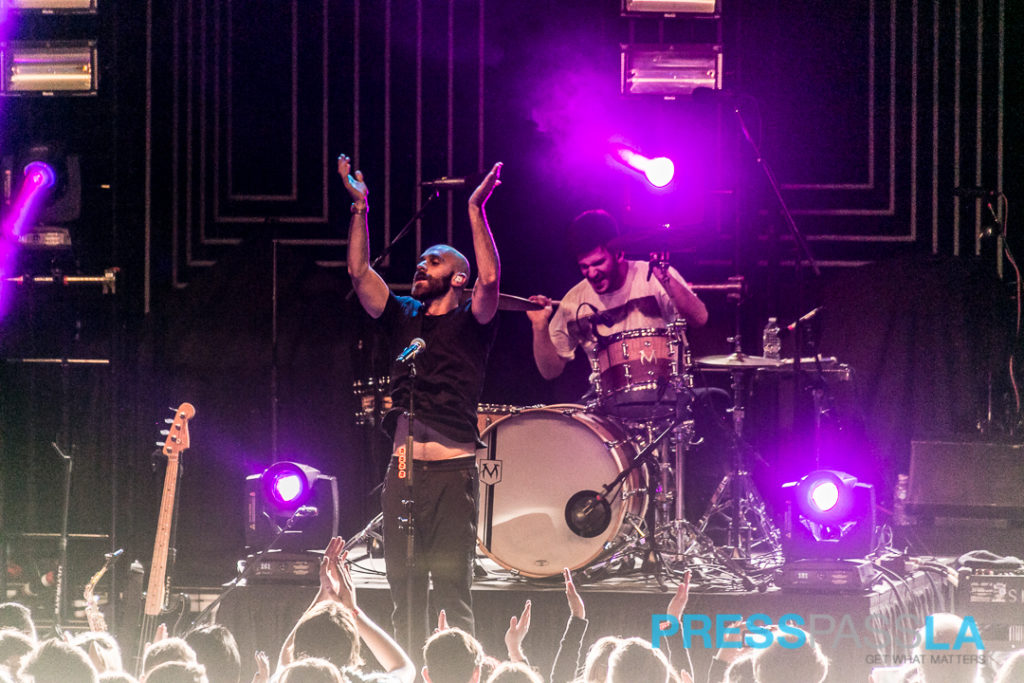 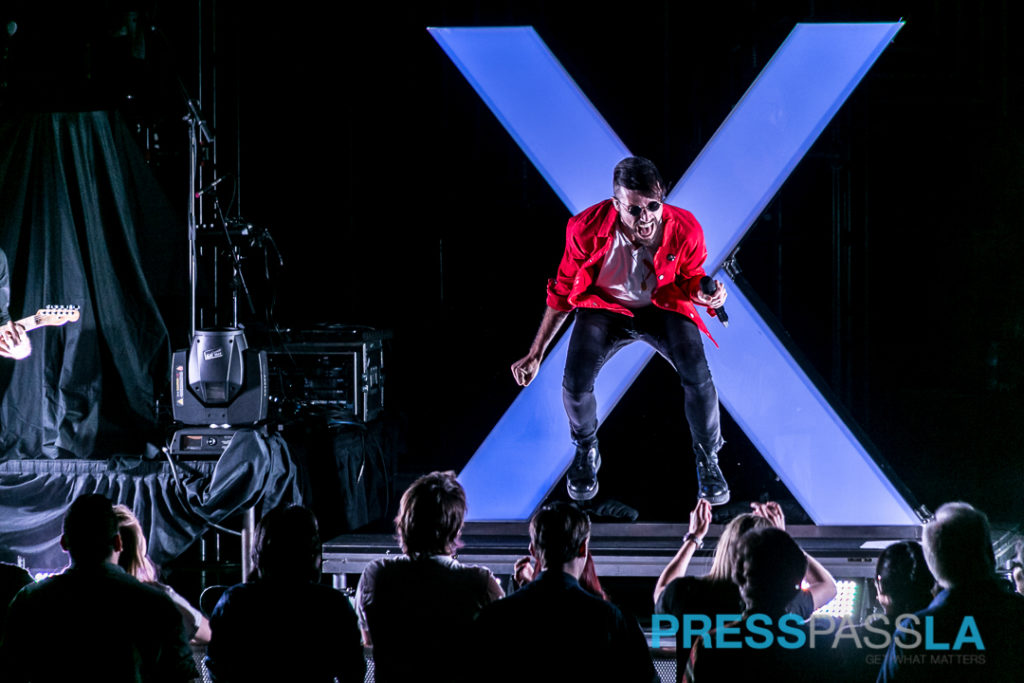 Neon Trees vocalist Tyler Glenn opened the evening with a striking set of solo songs inspired by his crisis of faith as a gay (former) member of the Mormon church.  Performing in front of a giant X, Glenn’s set was poignant and visceral, consisting of tracks from his upcoming album, Excommunication.  The songs, which included “Shameless,” “Gods + Monsters,” and “Midnight,” are intensely personal, with a maturity previously unseen in the lighthearted pop of Neon Trees.  Glenn is one of the strongest frontmen around, with killer vocal chops and a mesmerizing presence, and his set was a powerful embrace of those who have been made to feel marginalized or small.