Former Faces create fluid sounds reminiscent of Tame Impala, The War On Drugs, and Jim James,
coupled with compelling imagery and surreal dream-like visuals, in an attempt to connect their
audience’s listening to their eyes, for an unparalleled ethereal experience. 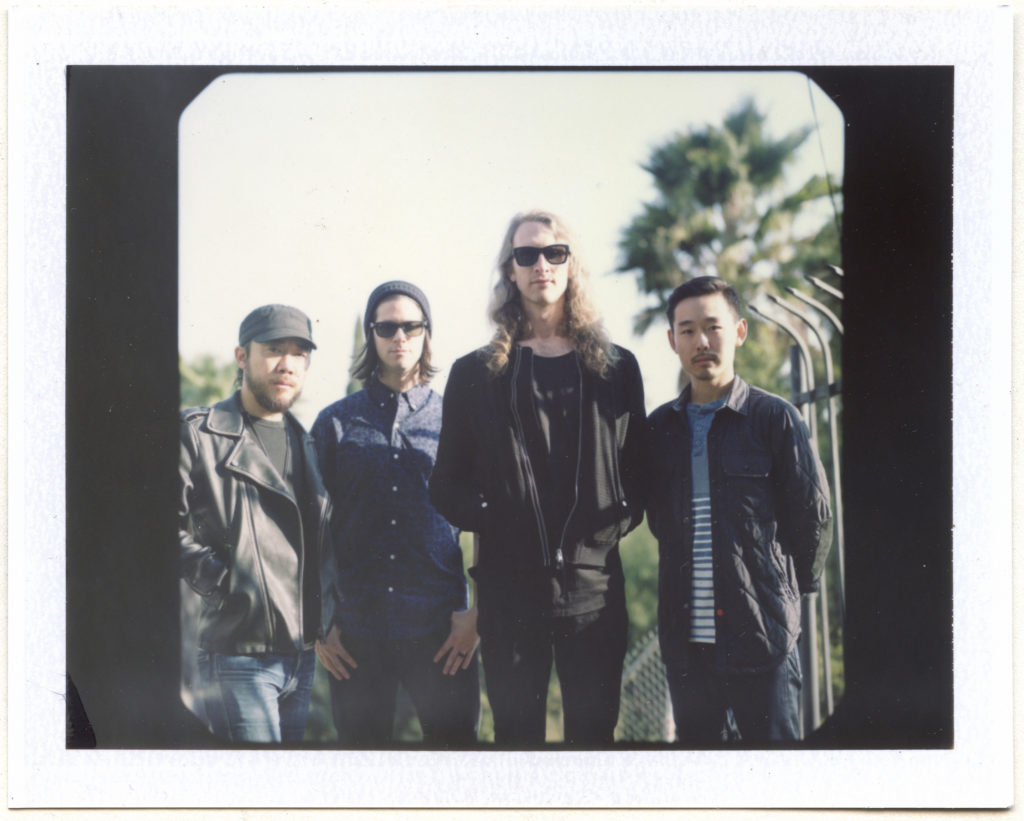 Ryan Parmenter, founder and vocalist, created the band by enlisting the skills of the other three
members following the release of his debut self-produced EP Swimming in Circles in June of
2017. The band’s other members include Abraham Kim (drums), David Lee (guitar), and Brian
Blake (bass). Together the four created Foreign Nature – a collection of inventive, colorful, and
immersive dreamscapes that make up their first full album.
Listening to their sound can be equated to a nice jam sesh when you just want to be one with
the sound and seperate yourself from the boundaries reality often dictates. The band, although
fairly new, has produced an album that is a cohesive compilation of delicate and exquisite tunes
that work collaboratively to convey an adept alt-rock experience. Their songs are a perfect
intersection of old and new, mashing familiar nuances of our favorite indie notes, with a new
twist brought in by way of soothing melodies that stand out and above their electronic and retro
waves.
With enchanting lyrics, it will be interesting to witness listeners as they journey through this
distinct music that was intricately crafted to lift one up and out of their body for a ultimate
breathtaking experience. Former Faces’ album is sure to make their audience feel serene,
almost as if they’re floating. The music has a melodic and mesmerizing undertone so smooth, it
is hard not to vibe along to, despite a background in indie-rock music.
Although based in Silver Lake, the band is sure to grow as they expand their already dedicated
fanbase. Their music has the ability to transcend niche audiences and is very relatable on a
platonic platform that makes for a tranquil journey through sound. Their new album Foreign
Nature comes out in April. They’ll be performing at the HiHat on March 26th, if interested tickets
can be found online:

Haven’t had a chance to listen to their awesome sound yet? Take a look at band’s latest single
Coursing On, which can be found here:

Below is the Q&A with vocalist and founder Ryan Parmenter:

RP: Man, what a tough first question! I’ve had many favorites over the years – Doug Martsch,
Thom Yorke, Fiona Apple, James Mercer, David Byrne, David Bowie, David Gilmore, George
Harrison, Freddie Mercury, and more recently, Patrick Watson, Rhye, Jim James, Kevin Parker,
Childish Gambino and many, many others – but I’ve never really been a superfan of any one
artist or band… Did I effectively dodge the question? Yes? Great!

PPLA: What is your favorite instrument and why?

RP: BASS!!! It’s the straw that stirs the drink.

PPLA: Three things you do to have fun or simply calm down?

PPLA: What is it that makes Former Faces a unique experience?

RP: We aim to create conceptual albums like our favorite bands did and do. There are themes
that develop from song to song on our albums and accompanying visuals that propel their
overall stories.
Hopefully our authenticity is apparent in our music, videos, artwork and performances.
Everything we’ve created thus far is uniquely us.
PPLA: Where do you see your career in five years?

RP: I see us having released at least 5 albums and being stalwarts of the festival circuit. We&#39;re
in this game for the long haul and plan on releasing a ton of music.

PPLA: What was it like developing your sound &amp; production over the past two years? It
has changed and evolved over time.

RP: It has evolved indeed, thanks for noticing! Our first EP Swimming in Circles was mostly a
solo effort, me finding the courage to write honest songs and to sing. During that process, I was
fortunate enough to team up with Brian, Abe, and David who elevated the band&#39;s musicianship
exponentially and afforded us the opportunity to write and produce the more complex,
exploratory music on the Foreign Nature LP. Completing that album was a journey and an
invaluable learning experience in songwriting and production. We&#39;re taking the knowledge and
confidence gained from it and are heading right back into the studio!

PPLA: What emotions do you go through when you perform? What do you equate it
with?

RP: Nerves; Contemplation; Adrenaline; Euphoria; Appreciation; Relief ;
Exhaustion. I equate it to singing in front of a bunch of strangers who are staring at you.

PPLA: What was your first performance as Former Faces like? How did you feel playing
those songs for the first time?

RP: I’m pretty sure my eyes were closed for 90% of it… Playing our songs for the first time was
incredibly liberating. It brought them and a new part of me to life.

PPLA: What is one song you cannot stop listening to right now?

RP: This past week I’ve listened to: Once in a Lifetime  at least a dozen times.

PPLA: Describe the ambiance of your latest album, Foreign Nature. Does it tell a story?

RP: Foreign Nature is a story about finding yourself in a suddenly unfamiliar landscape with only
your intuition to navigate out. The ambiance is intended to convey that there is beauty in
uncertainty and to provide a soundtrack to endless journeys. We hope listeners are transported
to a place in their minds that they haven’t had the luxury of visiting for a time, and that when
they arrive, they stay awhile, feel the sun on their faces, and move forward in life with a sense of
calm and reassurance.

PPLA: Are there any major influences on your band’s sound that fans wouldn’t hear
upon first…or even many listens?

PPLA: What’s your favorite venue to perform at and why?

RP: Love The Hi Hat. It was the site of our EP release show last summer and our next show will
be there on March 26th!

PPLA: If your band was a movie what would it be called?