Get ready to dance your cares away because Variety has just reported that Joseph Gordon-Levitt will be producing and starring in a live action film of Fraggle Rock! 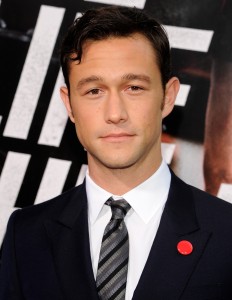 Joseph Gordon-Levitt is set to star and produce in a live action version of Fraggle Rock.

A film version of the show has been rumored and in some form of production for almost a decade and, until today, seemed to be stuck in limbo.

“The first screen personas I ever loved were Henson creations, first on Sesame Street, and then on Fraggle Rock,’” Gordon-Levitt said. “Jim Henson’s characters make you laugh and sing, but they’re also layered, surprising, and wise. From Oscar the Grouch, to Yoda, to the Fraggles. I’ve never stopped loving his work, even as a young frisky man, and on into adulthood. Collaborating with Lisa Henson makes me confident we can do something that Jim would have loved. I’m grateful and excited to be working with New Regency on this project.”

This means that not only will the film be made, but it is also being done by a life-long fan. This isn’t the first time a fan has created a resurgence for retro Jim Henson characters. Back in 2011 Jason Segal brought back The Muppets in a film that many consider a fan favorite and a fantastic love letter to the characters.

Though the project has gone through many versions it has been indcated that Levitt’s involvement will bring in a fresh group of producers and writers.

Currently there is no release date set for Fraggle Rock but stay tuned to Press Pass LA for more information.