One of the best shows on television in the 90s was The Fresh Prince of Bel Air, which brought the lovely actress Tatyana Ali into the homes and hearts of many.

Since, she has been both behind and in front of the camera.  With a career that continues to expand, Press Pass LA was able to speak to the longtime actress about her latest project Fatal Flip, the impact of social media on her career, her desire to star in something sci-fi and more!

PPLA:  Tell us about your character Roslyn in the film Fatal Flip?

TA:  My character is really fun. She’s actually Dominique’s [as Alex] best friend. She’s kind of a friend that is so involved in a friend’s life. In the beginning of the story, it seems like a bad quality. In the end, she sees what’s wrong a little bit faster than her friend.

PPLA: How was it working with director Maureen Bharoocha? 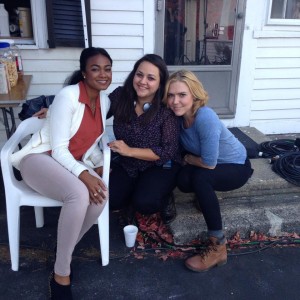 TA: Yes, it was fantastic. I loved it. We had a great time.  We had fun. We had the ability to explore, even though it was a really tight shoot in terms of time.  I never felt rushed.  I felt like she was completely opened. I had incredibly amount of access to her even before we started filming.  That’s always the best quality in directors for actors, anyway.

PPLA:  You have been acting for a long time which is great. How do you stay in the game?

TA: Uhmmm…that’s a good question. [Laugh]  I think I really just love acting.  I really love performing.  It’s never the same. It never gets boring.  The business of it, you know, that’s the part of it that sometimes is a little wonky.  When you are actually there and you’re doing the work, it’s so exhilarating.  I never feel like, you know, that there’s no progress for me to make.  Acting is also incredibly forgiving. So you know, no matter where I am in my life, my age or my weight, I’m acting.

PPLA:  Speaking of the business of acting, how has it changed since you started?

TA:  Oh my, social media has changed so much.  Taking being a celebrity to a whole new level.  It’s a totally different aspect of it.  It never took the full force that it does now. So that’s changed.  It hasn’t changed with me. I’m more interested in being an actress than being a celebrity which is why it has been easier for me to continue to work. But yes, that part of it is amazing.  I’m over-shocked.

PPLA:  I love that. I love that you are more interested in the craft.  Are there any roles that you still haven’t played that you want to or people you would like to work with?

TA: Oh yeah! I’m a huge sci-fi fan and I would love to do something in science fiction, in that genre.  I haven’t done that yet. That would be amazing!

PPLA:  A lot of people have mentors or someone they look up to.  Do you have someone that you look up to or try to mock their success? 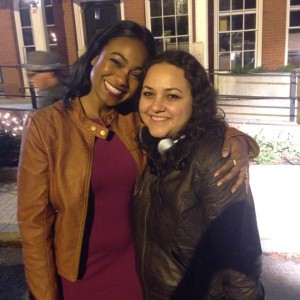 TA:  I have a lot of different mentors.  That’s something that we always tell young people, “Find a mentor. Find a mentor.”  It’s a really difficult thing to do.  It’s a relationship that is really hard to find.  It’s like finding your soul mate. Instead of just having one or putting that all on just one person, I have many different mentors that I can just reach out to at different places of my life and for different reasons.

I think the women I look up to or am inspired by are women who do whatever they want. They don’t allow others to confine them or keep them in a box.  I like women who are multifaceted, who produce, do things behind the screen, also do things in front of the camera, who act, who host and do all those things well.

Be sure to check out Tatyana in Fatal Flip on August 29th on the Lifetime Network!