GETTING TO KNOW DEADPOOL’S HUGH SCOTT

Deadpool is now a roaring success at the box office but from the moment of its inception it was a bit of a gamble. Like any great movie it took the creative juices of everyone involved, and a lot of struggle, to bring the big screen. Hugh Scott knows that first hand.

Scott plays David Cunningham in the movie, Wade Wilson’s (Ryan Reynolds) cell mate and confidant while he is being tortured. Though they don’t get to interact all that much Scott’s character provides a catalyst for many of the events in the movie. 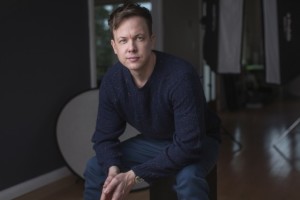 Press Pass LA sat down with Scott to talk about his time on the film.

PPLA: What was it like working on the Deadpool set? Was it different than other movies?

HS: The Deadpool set was by far the most collaborative set I’ve ever been on. Director Tim Miller and Ryan Reynolds, along with writers Rhett Reese and Paul Wernick, had been working together for years to get this movie. I think that close level of collaboration spilled over onto the actual shoot. There was also a level of calm focus that I really enjoyed. Everyone seemed really happy to be there; I definitely was!

PPLA: How does it feel to be a part of a film that is changing the industry?

HS: The way fans and audiences are responding to this movie is unbelievable. There has been a lot of reporting about the box office and that’s cool, but what that really means is that people are showing up to this movie because the word of mouth is so strong. The critical response has been great too, but this movie was made for Deadpool fans and I’m so happy they love it. I hope this movie is a game changer, and represents a shift to more complex, conflicted characters with adult themes and content. There are plenty of kid-driven pictures and I think audiences deserve the chance to choose from both.

PPLA: Did you know a lot about the character before you took the role?

HS: When I auditioned there was a decoy script with a fake name. I had to sign pages and pages of Non-Disclosure Agreements, and I had no idea what I was reading for. Once I got the part and more information became available, I immersed myself in the world of the comics fully. It was an honor to play a character who was based on a character in the original comics, and I hope the serious fans enjoyed what I did with Cunningham.

HS: I shared a nice little screen moment with Ed Skrein, who played Ajax. For every scene I am in, I am strapped to a hospital gurney. During one take, he entered the scene, grabbed my feet and delivered his lines in his very terrifying way. That’s the take that made the movie. So when people ask me what was it like to work with Ed, I reply, “he definitely keeps you on your toes.”