GETTING TO KNOW JONATHAN BENNETT

For those of you familiar with Jonathan Bennett, there is more to him than being the teenage heartthrob Aaron Samuels in Mean Girls. He is a working actor, television host, and Dancing with the Stars alum. Press Pass LA had the opportunity to speak with Jonathan and discuss his career path throughout the years.

PPLA: Your original claim to fame was portraying the “teenage heartthrob” Aaron Samuels in Mean Girls. Did that role make it harder for you to transition as an actor to other types of roles?

JB: Not really. That’s what put me on the map! So, Mean Girls is the best thing to ever happen to me.

PPLA: So I know not too long ago, you had the chance to compete on DWTS. What was the experience like for you?

JB: Dancing with the Stars is the hardest and most fun thing I’ve ever done. I highly recommend it to all actors. It was so much work, but at the same time it was such a blast! It got me in crazy good shape and I had so much fun competing with my partner Allison Holker.

PPLA: If you could, would you do it all over again?

JB: I don’t know if I would do Dancing with the Stars all over again. Some of me says yes, but my body tells me no. It was so hard! It was the most intense workout of my life. But, it’s literally the most fun I’ve ever had.

PPLA: Moving forward, you’ve managed to have a steady career in the entertainment industry throughout the years. You’re currently juggling several projects as we speak. How have you managed to maintain a consistent career?

JB: I would say it’s a lot of luck. Also, I really like working and I don’t like a lot of time off.

PPLA: Recently, it was announced that you’ve taken on the role as host for the Food Network’s show, Cake Wars. What exactly sparked your interest in this project?

JB: I’ve just always really liked hosting. From the first time I saw what Ryan Seacrest did on “American Idol,” I said, “I want to do that!” I think it’s a little fun thing. In the entertainment industry, you have to keep changing it up so that it’s not so boring just acting. I’m never bored!

PPLA: What has it been like to host Cake Wars? 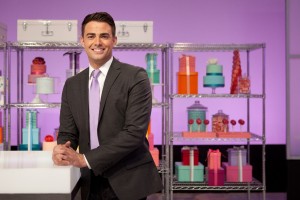 JB: It is such a blast hosting Cake Wars. And, who doesn’t like cake? Who doesn’t like competition? It’s for everyone! You watch it and it makes you hungry for cake. It’s got some of the craziest designs you’ll ever see and cakes that literally defy gravity!

PPLA: Lastly, you’ve been given the opportunity to join the cast of MTV’s Awkward for the upcoming season. What is your role within the show?

JB: I play Ethan, Jenna’s new boss at her internship. I kind of help guide her into her career and push her limits to make her the best that she can be.

PPLA: Have you enjoyed working on the show?

JB: It’s so much fun! We have a new cast of about six characters joining this year that are all a part of Jenna’s work. We all have such a blast, we get along so well, and we’re such a riot together! Everyday, I look forward to coming into work and being with these clowns.

Make sure to catch Jonathan Bennett every Monday on the Food Network’s Cake Wars!