The Girl With All The Gifts is one of the most unique and original films in decades.  Let’s face it the zombie genre has gotten kind of old and tired. Between the flood of zombie movies coming out in recent years combined with the never ending trek that is The Walking Dead the it’s a trope that has gone a bit stale.

Thankfully, The Girl With All The Gifts manages to find a fresh perspective by putting it through the eyes of a child. The film opens on a group of young children in what looks like some sort of military asylum. Each is strapped to a wheelchair with all of their limbs buckled down so they can speak but not move. The slow reveal of what is actually happens brings even more weight to the rest of the movie as director Colm McCarty lets the audience actually care for the characters instead of just turn them into zombie fodder.

At the heart of it is young Melanie (Sennia Nanua) a girl of no more than 11 years old that may be the key to stopping the zombie apocalypse. She, like the other children in the class, are a kid of half-breed of zombie and human that retain the ability to function and interact with the rest of the world. No matter how bad the world around her is she remains an innocent ray of sunshine in a dark and dire world. 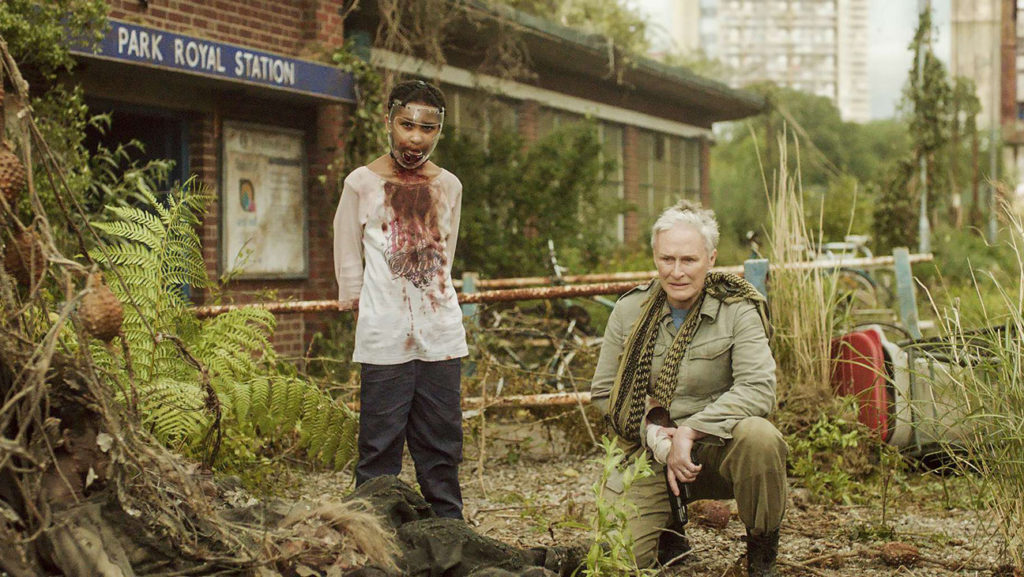 Once the plot gets moving Melanie is sent on a journey of discovery as her and a handful of military personnel must make their way through post-apocalyptic London. That in itself sounds like a number of other zombie films but McCarty’s grounded, science-like approach elevates the material.

The cast helps with that as well.  Though the amazing Nanua carries most of the film McCarty’s decision to bring in a number of actors and have them play against-type adds an element of surprise built into the whole film. The biggest surprise is Glenn Close who plays Dr. Caroline Caldwell, a hard as nails military doctor who has zero qualms about cutting open a child in the name of science. With her short hair and lean physique she plays Caldwell in the most androgynous way possible and it totally works. Close is a powerhouse of an actor but it is nice to see her going out of her comfort zone in a genre movie. Now if only Meryl Streep, her cinematic equal, would take a chance and do the same.

It should be noted that even though the film is taken from the perspective of young Melanie it is by no means any less violent than any other zombie movie. Watching the undead rip apart soldiers and people across the countryside is just as bloody as it should be given the circumstances. McCarty remains grounded in his approach even when it comes to gore.